Mascis trades in the searing solos of his Jazzmaster for the softer picks and strums of his Martin, putting on a plucking performance in soft and sweet numbers like "Me Again" and "Wide Awake," the latter of which he sings with Chan Marshall of Cat Power fame.

by Alex Bieler
View ProfileFacebookTwitterInstagramGoogle+RSS Feed
September 3, 2014 at 7:20 AM 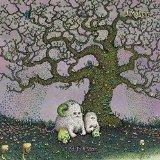 Tied to a Star

Dinosaur Jr.'s J Mascis may be one of music most anonymous guitar gods, a man who never seems to have received enough credit for his fretboard mastery outside of the underground scene and those lucky enough to stumble across the alternative band's output in the '80s and '90s. Fortunately for those in the know – and those who still might yet discover some Mascis magic – the 48-year-old guitarist is back with Tied to a Star, his first solo record since 2011. However, like his 2011 release, Mascis trades in the searing solos of his Jazzmaster for the softer picks and strums of his Martin, putting on a plucking performance in soft and sweet numbers like "Me Again" and "Wide Awake," the latter of which he sings with Chan Marshall of Cat Power fame. The album falters at times, such as the Middle Eastern-tinged final turn on "Heal the Star," but Tied to a Star is a welcome addition to Mascis' discography. – Alex Bieler

j mascistied to a star