by Nick Warren
View ProfileTwitterInstagramRSS Feed
March 29, 2017 at 9:00 AM 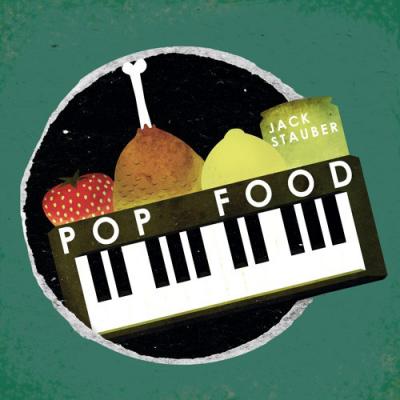 A wildly inventive, genre-bending dance symphony, Pop Food is a delicious meal. Erie native Jack Stauber offers up his second full-length solo album, a followup to 2013's Finite Form. Stauber is a familiar face to Basement Transmissions regulars, serving as frontman for the Edinboro-based Joose, as well as Pittsburgh's Zaki. Like Finite Form, this new work is ideal for fans of Animal Collective, as well as Ariel Pink or even Mac Demarco. Frenetic, humorous moments in tracks like "I Love You Verne Troyer" give way to the softer, intimate sounds of "Koi Boy." Even during the album's most tender moments, you can tell that Stauber is having fun with every note. The programmed drums, effects-laden guitars, and experimental keyboards create a tonal palette that defies any easy classification. Stauber's unbridled creativity shines with a glimmering wink, combining the accessible grooves of early Passion Pit with the chaotic soul of Captain Beefheart. Some lyrics float like gorgeous waves on tracks like "Bothersome," while others, like "My Plea," are laugh-out-loud funny. It all fits together, as an entrancing, psychedelic dichotomy.