The cohesiveness of Jensen & Three Sharks is on full display on this debut album.

by Nick Warren
View ProfileTwitterInstagramRSS Feed
May 10, 2017 at 1:45 PM 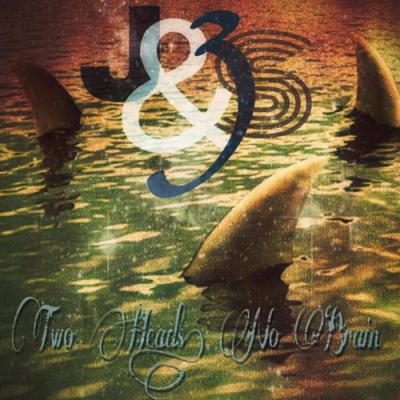 The cohesiveness of Jensen & Three Sharks is on full display on this debut album. This venture from Bob Jensen and Josiah Haughwout joins two old friends for 10 tracks of insane, ludicrous fun. The two have been making music together for a long time now. In 2014, Haughwout and his family relocated to Oregon. The two still traded tracks back and forth, eventually creating Two Heads, No Brain. The oddball geniuses served as the heart and soul of two of Erie's favorite bands, The Jargonauts and Pegasus Unicorn. Haughwout sang for both bands, while Jensen provided electronic percussion and programming. After hearing "Which Is Which," you might find yourself faced with similar questions posed in the song ("which one is Jensen and which one is three sharks?"). While some things were never meant to be known, the pair have made a fantastic album. Imagine if Panda Bear and Atom and His Package joined forces. Humor is not lost on the band, even in attempts be politically pertinent ("Meat Machine"). You wind up with a potent mixture, its creative juices overflowing.