Intelligent, dark, and insightful, Memories Are Now is a record filled with rich complexities.

by Nick Warren
View ProfileTwitterInstagramRSS Feed
March 1, 2017 at 9:00 AM 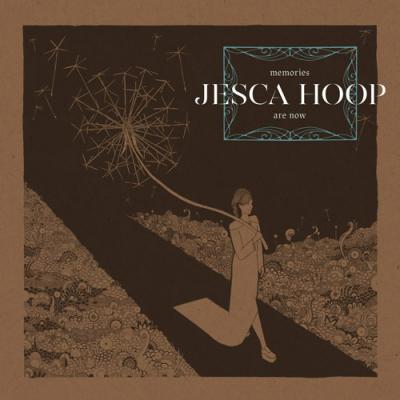 Intelligent, dark, and insightful, Memories Are Now is a record filled with rich complexities. Jesca Hoop is a modern folk artist, blending subtly brilliant lyrics with a melancholy alto. Opening with un uncharacteristically synthetic beat, the titular track waltzes in and out of tempo, Hoop's main vocal track backed by a chorus of in-studio harmonies. With a dreamlike voice that exudes a vulnerable tenderness, she takes the listener on a journey filled with hypnotic pizzicato guitar motifs that unfold like an ancient manuscript. Fans of Joanna Newsom or Laura Marling will find this album to be a quick favorite, one to be savored again and again. Followers of Iron & Wine will be familiar with Hoop, as she released an album with Sam Beam in 2016, Love Letter for Fire, to well-deserved critical acclaim. Memories Are Now is the fourth solo album for the California songwriter. The solemn moods of the album succeed in unforgettable ways. Hoop is able to do so much with the streamlined instrumentation, using echoes and negative space to create reverent atmospheres while telling entrancing stories.

by Nick Warren10 hours ago