It's taken a while to get to this level, but Jim Gaffigan is "Fully Dressed" now. 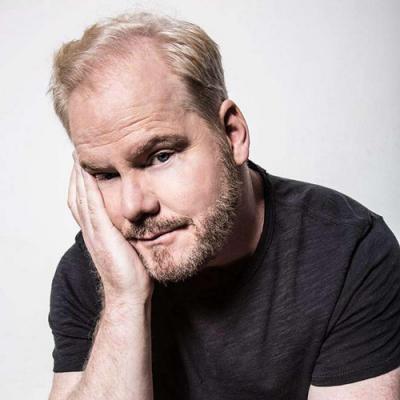 It's taken a while to get to this level, but Jim Gaffigan is "Fully Dressed" now.

That may not sound like a major accomplishment until you realize that audiences in excess of 10,000 have shown up to see him put on his show (yes, fully garbed in shirt, pants, socks, and shoes) as he wends his way across America. To hear him tell it, however, "Fully Dressed" is not so much self-congratulatory as it is self-deprecating – a solid mass of his material centers on body image, the temptation of food and drink, and the rigors of parenting (he has five children – "imagine you're drowning – and someone hands you a baby."). He fills arenas (including Madison Square Garden, capacity 18,200) because he strikes arena-sized power chords that resonate with arena-sized audiences.

Gaffigan's insecurities, pet peeves, and observations echo many of our own – it really is a small world after all in that regard.

Erie Insurance Arena stands to be the next in line – and a lot less painful than Disneyland ("imagine standing in line at the DMV – and nothing else."). His insecurities, pet peeves, and observations echo many of our own – it really is a small world after all in that regard. It's the gift of a great comedian to transform those into words succinctly and confidently – even at one's own expense. Chicken isn't the only thing Gaffigan does right (he is among the latest in a revolving door of Colonel Sanders with KFC) – he gives voice to every one of us who don't have the nuggets to disclose our shortcomings before thousands of strangers demanding to be entertained.

"I hope I don't suck," Gaffigan says as the applause ebbs at the introduction of a recent TV special. He definitely doesn't (he's at the top of his profession); but even if he does fumble life's finer details on occasion, that's okay – because we all get to laugh about it. – Matt Swanseger