Divers gives us another complex album full of lush instrumentation and erudite songwriting.

by Nick Warren
View ProfileTwitterInstagramRSS Feed
November 25, 2015 at 9:00 AM 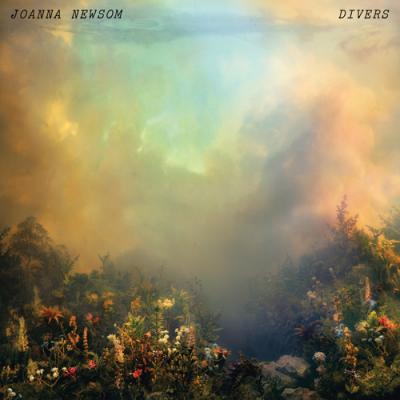 Divers gives us another complex album full of lush instrumentation and erudite songwriting. Fans won't be disappointed. Newsom – probably the world's most recognizable harp player – has cemented herself as a critical darling. Listeners can submerge themselves in the dark fragility of her distinctive sound. Notes cascade and unfold like a steampunk music box. The format of the album is easier-to-swallow than the triple-disc opus of Have One On Me, without the lengthy tracks of Ys. While not the game-changer that her 2006 album was, Divers is still studiously dense. It's rife with historical allusions. For example, "Sapokanikan" is named for a Native American settlement eventually known as Greenwich Village. The album expands on subjects like war, love, and time. Beginning with the shimmering first verses of "Anecdotes," she notes that "time in our camp is moving." Emotions rise and fall, culminating with the sweeping tones of "Time, As A Symptom." Bonus fact: she's married to Andy Samberg. Catch her in Pittsburgh Dec. 12, or Buffalo the next day. – Nick Warren