You get a job. You become the job. Robert DeNiro is "Taxi Driver." 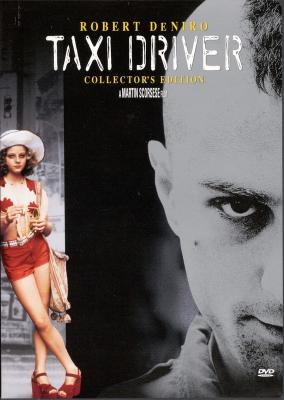 Check out the trailer: http://www.youtube.com/watch?v=bqLyTdcMLhc

For the past four school years, I have lived in Erie.  I have lived in a different dwelling each year, ranging from small dorms to residential properties.  However, no matter what type of housing I found myself in, the area never changed.

Now, as an incoming super-senior at Mercyhurst, I find myself living with five others in a three-story home on East 26th Street, not far from Pulakos.  For the first time during my stay in Erie, I have escaped the sheltered world of a college campus and get to fully experience Erie for what it's worth.

To truly get a feel for the character of a city, look no further than its ghetto.

I always write these reviews in front of a window, so that I can drift off and stare out into the open world when I need a break.  Back in July, my view was that of a giant pine tree in the middle of a small park.  Routinely, other apartment dwellers would pass by my window, usually walking a dog or chatting with a friend – and always quiet – I could hear every word spoken.  Now, the views and sounds are much different.

On the second floor, my bedroom has one window that overlooks a decent stretch of sidewalk on 26th.  Many of those in Erie are poor, and they live a poor life in a poor neighborhood.   All day long, I see the real Erie—a majority—and it's worse than I had thought. Sure, there's a middle school in the distance and a nursing home across the street, but it's impossible to overlook the abused streets and its underdog patrons.

Vacant buildings and unkempt homes are the backdrop to downtrodden characters that always seem to be wandering aimlessly around 26th Street.  Those characters toss garbage on their own lawns, blast music as loud as they possibly can, and nearby gas stations are robbed at gunpoint so often that owners are forced to shut down.

"Taxi Driver" tells the story of a man who is fed up with the city he lives in.  Travis Bickle (Robert DeNiro) is an honorably discharged Vietnam veteran who works long night shifts as a taxi driver in New York City as a way of dealing with his insomnia.

Directed by Martin Scorsese, "Taxi Driver" is a chilling psychological thriller chronicling one man's spiral into madness as he struggles to cope with a city riddled with prostitution, crime, and filth.

Throughout "Taxi Driver," Bickle is immersed in the shady late night activities and people of Manhattan.  Bickle witnesses the worst; couples using his backseat as a bed, underage prostitutes advertising themselves on the street corners, drug dealers perched outside beat up buildings…the list never ends.

Eventually, Bickle picks up a 12-year old named Iris (Jodie Foster.) She is a prostitute, and she wants to escape the city.  However, her controlling pimp, Sport (Harvey Keitel) has Iris misled into thinking her current life is acceptable.

It soon becomes Bickle's goal to free Iris of her troubled life and get her out of the city he despises.  We witness Bickle develop a passion like he has never possessed before as he gets in better shape, buys guns, and prepares for a full on battle against the scum of the city.

In a way, Bickle's taxi is very similar to my bedroom.  As we both work, we can't help but notice the city we are in, constantly in front of us and becoming harder and harder to witness each time.

What I see outside my bedroom window isn't nearly as bad as what Bickle watches through his taxi windows.  But I can relate.  I understand.

I too hope for "a rain to come and wash away all the filth," but here's to hoping it comes in the form of radical political and socio-economical change, and not through shaved heads and .44 magnums.

DeNiro and Foster are brilliant in "Taxi Driver," with quite possibly some of the best performances they have ever put on, for a director at the peak of his creativity.

"Taxi Driver," nominated for four academy awards, is considered the 52nd greatest film of all time by the American Film Institute, and has been preserved in the National Film Registry.