Joe Paterno is out as football coach for Penn State. 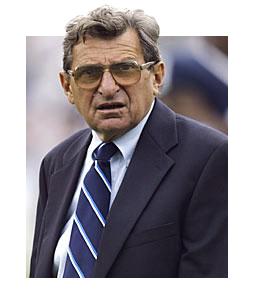 Joe Paterno was fired, effective immediately, by the Penn State Board of Trustees:

The massive shakeup Wednesday night came hours after Paterno announced that he planned to retire at the end of his 46th season.

But the outcry following the arrest of former assistant coach Jerry Sandusky on molestation charges proved too much for the board to ignore.

One key question has been why Paterno and other top school officials didn't go to police in 2002 after being told a graduate assistant saw Sandusky assaulting a boy in a school shower.

Paterno says he should have done more. Spanier has said he was not told the details of the attack.