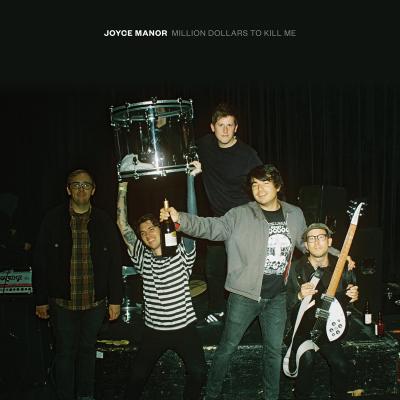 The biggest highlight of A Million Dollars to Kill Me is getting to witness a band at their peak. Joyce Manor hit a high mark with the huge pop hooks of 2016's Cody, and even if they never quite hit that sweet spot again, the band's fifth LP (clocking in at a brisk 24 minutes) furthers the pop punk band's strides in songwriting. Here, fans can expect a little bit of everything from the Torrence City, Calif. quartet — new tricks (the vocal play of standout "Silly Games"), acoustic bliss ("I'm Not the One," "Wildflowers"), and more of the vintage charm that made Cody so successful ("Think I'm Still In Love With You"). As always, the band tosses in a few heavy hitters that really solidify the release in their catalog. "Baby, I've been lonely my whole life," sings frontman Barry Johnson against a Johnny Marr-esque chorus on "Big Lie," and later, on "Up the Punks," he's forced to ask whether "anyone is out there" on a gritty throwback reminiscent of their debut. A Million Dollars to Kill Me may not be as lovelorn as its emo predecessor, but the band's ability to convey twice as many emotions in half the time is what continues to set them apart. — Aaron Mook

by Aaron Mook6 hours ago