Erie's own Justin Moyar offers up 10 toe-tapping tracks for his debut album, Reconnect. 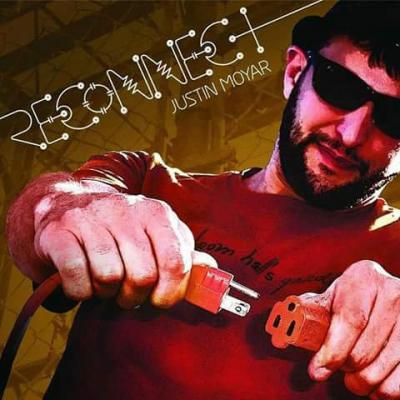 Erie's own Justin Moyar offers up 10 toe-tapping tracks for his debut album, Reconnect. Live, Moyar often performs his songs with a loop pedal, adding in percussion parts, along with his own backup vocals. Not unlike these performances, the opening track builds gradually, swinging a steady groove that lures the listener in. It's three minutes into the eight-minute "Parachute" before Moyar sings a word, but by that time, you're already paying attention. This is dimly lit, arenose music of the highest degree. Percussive acoustic seventh chords infuse the tracks with a jazz influenced folk sound. Classically trained violinist Louis Nicolia proves to be an invaluable sonic ingredient, painting in emotional flourishes of strings throughout the album (notably on "Play Your Song"). "Highway Beggar Man" showcases the smoking Diddley Bow, a small cigar box style guitar capable of huge sounds (usually with one or two strings), wielded by Nicolia. The catchy "Carpal Tunnel" proves to be an indelible melody, complete with a kazoo solo by Moyar. Titular track "Reconnect" provides some of the more impressive lyrical turns on the album. – Nick Warren