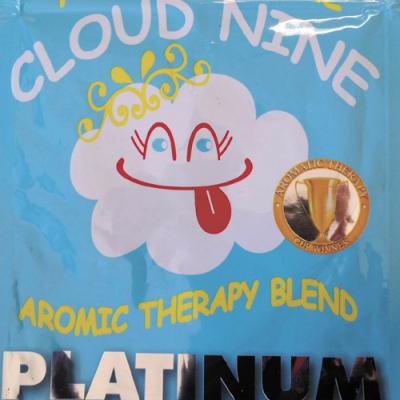 Another, a few days later: "The Erie Bureau of Police issued another warning to the public about the dangers of 'designer drugs' … known as K2 or Spice, in the wake of more overdoses in the city."

In one night's handful of cases, a group of seven teenagers who were partying together were all rushed to Erie hospitals – some even later transferred to Pittsburgh for further emergency treatment – after reportedly overdosing on "synthetic marijuana."

One early afternoon not long after that, authorities were called to a downtown McDonald's, where three adults had reportedly OD'ed, too, and were likewise taken to city hospitals' ERs.

Their symptoms? Weird and dangerous stuff, along the lines of those crazy "bath salts" freak-outs we hear about every once in awhile (but, by all accounts, happening a lot more often). Wild hallucinations. Severe breathing problems. Seizures. Violent psychotic outbursts. Worse.

Now, I've heard some stories over the past decade or so – some pretty scary ones, too – about the rising abuse of products containing synthetically-engineered cannabinoids: the stuff most people call "K2" or "Spice," but which actually goes by a glut of different pseudo-brands and varieties.

But after multiple local headlines about spates of recent emergency room visits, I became more curious. Before I began calling local authorities, I read local news stories about how investigations into cases involving synthetic marijuana ingestion were developing in Erie (people freaking out and/or getting ill from smoking "K2," or "Spice," or "potpourri," or "synthetic weed," or whatever it's called).

Then, I checked out other reports, including some of vice.com's extensive coverage: interesting, eye-opening, and alarming (like much of that independent NYC-based alternative news source's content).

And I headed to erowid.org, a nonprofit online resource for open, honest, reliable, and accurate information-sharing about psychoactive drugs – legal, illegal, or otherwise – and their effects.

As erowid.org notes immediately (and, as user experiences and reports here, there, and everywhere demonstrate), "K2"-type synthetic cannabinoid-containing products have been around for some time. But for any number of reasons, those products (usually sold as inert plant material that's been sprayed or coated with the synthetics) have reportedly become more dangerous this year.

From the sounds of it, they're morphing into a set of Frankenstein chemical cocktails that have batches causing real, true, and – when it comes to long-term effects – still-unforeseen problems for many, if not most, users.

And there is no shortage of horror stories.

One guy who smoked a product containing one or more synthetic cannabinoids was convinced it triggered a full-on, long-lasting, terrifying psychotic break.

"It felt as if my body was dying, piece by piece, before me," the 24-year-old wrote in his account of the experience.

After three bong-hits of one branded "K2" product, "I felt horrible," stated a 17-year-old in another self-submitted user report.

"I couldn't relax," he added. "It was constant struggle, constant discomfort. No haven in sight."

His only connection to reality for some hours, he says, were the piles of vomit soon spewing from his wretched-feeling guts.

And, as is becoming universally apparent, those experiences aren't unique whatsoever.

Indeed, for a whole lot of people, things in the wide, wild world of cannabinoid abuse have gotten that bad and even worse: There's a lot of talk about hardcore addiction – the real, physical kind.

Horrible freak-outs, and even some seemingly life-threatening ailments – often leading to long (and crazy-weird) emergency-room visits – are reported with alarming frequency by users, as well as in disturbing news features nationwide.

And so it's been in Erie, too.

Around mid-October, it started being reported that police and medical personnel around the city were seeing a major spike in synthetic pot overdoses. UPMC Hamot alone had approximately 20 cases in one week, according to local news reports. And not much has changed since.

Around mid-October, it started being reported that police and medical personnel around the city were seeing a major spike in synthetic pot overdoses. UPMC Hamot alone had approximately 20 cases in one week, according to local news reports.

And not much has changed since, according to local drug investigators and healthcare officials.

While there have also been arrests in Erie on K2-related cases as recently as early December, when a 34-year-old woman was apprehended and jailed for allegedly selling unspecified quantities of the drugs from her East 12th Street residence, "we went two or three weeks [recently] where it was ridiculous. It was nonstop," Det. Ryan Victory of the Erie Police Department's vice unit tells me.

And still, "we're getting upwards of six to 12 calls a day where our patrolmen are responding to these cases of 'K2' overdoses."

That's up to a dozen calls every day, police say. And it's considered a quieting down since the uptick of local emergency cases back in October.

All, mind you, among people who are apparently just seeking cheap, easy ways to catch something like a weed buzz. And who, in the process, are often encountering something altogether way, way different.

Here's a bit of further background on the whole cannabinoid/synthetic pot phenomenon, courtesy of the researchers at erowid.org's Erowid Center:

First appearing on the market sometime around 2006, Spice, or K2 (as the mixtures are now known generically) were and still are branded product lines, "sold as a legal herb-based alternative to cannabis," and "perhaps the first [products] to popularize synthetic cannabinoids deposited on plant material as alternatives to natural cannabis."

The ingredient lists on the "Not for Human Consumption"-marked packages (which, again, are actually often packaged under a wide range of pseudo-brands) contain only safe, friendly, all-natural herbs, and no cannabinoid chemical compounds.

That said, the ingredients are "suspiciously unlikely to produce [the products'] reported effects," states erowid.org.

Because of that, after the products started gaining wider popularity and availability as quasi-legal highs – and causing the kinds of headlines across the U.S. being seen locally now – numerous international organizations began testing the stuff. They found products to include varying ranges of research chemicals (or designer drugs): synthetic cannabinoids like JWH-018, HU-210, and CP-47,497, among many others.

But as with many other unregulated, legal-gray-area compounds (again, think of some of the things sold as "bath salts"), producers and vendors of synthetic pot have thus far largely been able to stay ahead of the law with fast-developed and ever-shifting sets of cannabinoid chemicals being synthesized far more quickly than they can be added to legal ban lists.

And, of course, they have their ubiquitous – and, utter bullshit – "Not for Human Consumption" labels.

But people do consume it. That is why it's made.

And whether it has to do with new generations of compounds being rolled out to stay ahead of those ban lists, or just bad batches, or potentially myriad other reasons, it's creating a lot of problems for a lot of people.

"We're seeing an increase in the volume of patients suffering from the side effects of K2 or 'Spice' ingestion," says Wayne Jones, D.O., Saint Vincent Emergency Department's medical director. "We started seeing this type of drug probably five years ago, but not to a high degree. … It [currently] seems to be a worsening trend."

Whatever the cause, "we're seeing an increase in the volume of patients suffering from the side effects of K2 or 'Spice' ingestion," says Wayne Jones, D.O., Saint Vincent Emergency Department's medical director. "We started seeing this type of drug probably five years ago, but not to a high degree. … It [currently] seems to be a worsening trend."

And, being that the modern era of marijuana prohibition keeps spawning all-new, ever-changing generations of high-tech – and sometimes highly dangerous – pot substitutes, it's hard for both police and medical officials anywhere to speculate how or when things may get better – or worse.

"I'm not a professed expert in K2," says Victory, and "I haven't met anyone who is. It's such a new and evolving thing."

But as with other scourges like heroin, meth, and crack, some things stay the same in the hard-drug game. Whoever they are, "the people who are dealing this stuff have only one concern: money," Victory adds.

And in the meantime – so long as what comes and goes stays controlled from the underbelly – people get hurt.

Now, it seems to me that humanity's basic desire for recreational and consciousness-altering drugs and the experiences they engender – which crosses generations and societies despite prohibitions and controls – may never go away.

And all the problems caused by prohibition-born drug markets won't go away, either. Not until society at large thinks harder about changing its views on, approaches to, and demands for drugs in general. To think, for example, about the plain-as-your-nose, obvious differences between naturally-occurring plants, and the literal, dangerous chemical reactions that repeatedly occur in the absence of those plants' acceptance and availability.

On that note, I found some more worthwhile food for thought published in a 2009 Erowid research article. Considering where things have ended up – and could be headed – it reads a lot like a premonition:

Spice is a fascinating test case for unusually potent drugs of the future. The Spice story is part sci-fi, part Prohibition-style bootlegging, and part crass commercial venture. This new generation of recreational "research chemical" cannabinoids and cannabinomimetics are in the first wave of high-tech crypto drugs, more of which may be just around the corner. The evolutionary pressures of the last century have created a climate where new potent drugs are [obscured] using specialized technical knowledge that even expert laboratories have difficulty sorting through.

The Spice phenomenon gives us a glimpse of the complexities to be faced in the future when providing harm-reduction and health information for an ever-shifting, ever-expanding profusion of psychoactive drugs, drug combinations, and technologies.

Our worn-out drug policies are worth considering as part of the problem instead of the solution. It's time to start thinking straight – with awareness and information guiding the way – about where we're headed now, everyone.