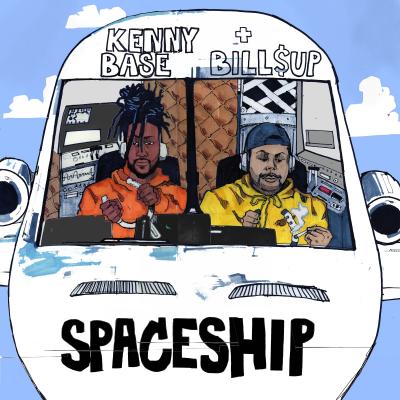 Local emcee Kenny Ba$e was inspired to create this EP to provide people with "music you can throw on in the spaceship (luxury style vehicle) and ride to." With tracks like "Gangsta Sht" and "Double," the diversity of different tones on display here is certainly something worth turning up on the speakers during any car ride. This five-track EP comes out freshly after his 2019 album release of Kenny Powers, and Bill$up's recently released LP Manifest. Each song gives an introspective look into the gritty lifestyles that helped mold the duo into the star-bound talents they are. Kenny stands out with his use of metaphoric flows as he embellishes his 808 trance-melodic style, while Manhattan-based/Erie-born producer Bill$up provides an assortment of heavy-hitting beats that will nonetheless soothe your eardrums. Listeners will appreciate the years that Ba$e and Bill$up have spent perfecting their craft. Already having thousands of streams on Spotify, with a soon-to-be-released music video of the track "Double" produced by Crew Life Productions, this is one EP that's not to be slept on.