Two of Erie's best up-and-coming bands, GNOSiS and VWLS, will capitalize on their hard work at the Kings Rook Club 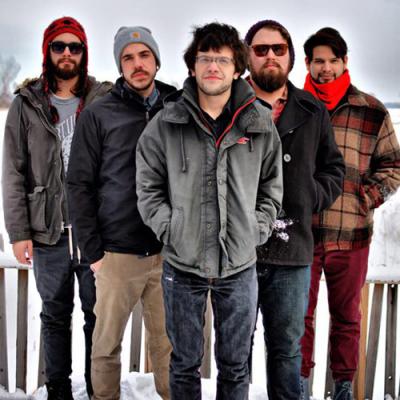 Two of Erie's best up-and-coming bands, GNOSiS and VWLS, will capitalize on their hard work at the Kings Rook Club. Both bands are gearing up for a full summer. GNOSiS released their debut album, Silver Matter this December, and are already setting their sights on what's next. Guitarist Pat Scutella detailed the process, noting that they're "tweaking some old songs, writing new material for our next CD, getting sets ready for summer festivals, and working on improvising." The progressive instrumental band is already well-known for their live prowess. Scutella explained that "I love where our jams have been taking us lately. We're becoming more and more comfortable with each other's playing and we're recognizing each other's tendencies, which is vital to any jam band. It allows us to take more risks and feel comfortable while doing it."

Two of Erie's best up-and-coming bands, GNOSiS and VWLS, will capitalize on their hard work at the Kings Rook Club. Though the styles of each group vary slightly, the bond they share is strong.

Taking musical risks is something VWLS is no stranger to, either. The GNOSiS guitarist emphasised that "they're one of the most creative bands on the scene. Their ability to mix psychedelic rock, rap, and post-rock is really something else."

VWLS will begin the evening with their refreshing amalgam of styles. Their kinetic rhythms intermingle with rich soundscapes to create a distinct new flavor.

Though the styles of each group vary slightly, the bond they share is strong. Kindred spirits have no loyalty to subgenres.