King Gizzard and the Lizard Wizard have gone microtonal.

by Nick Warren
View ProfileTwitterInstagramRSS Feed
March 15, 2017 at 10:45 AM 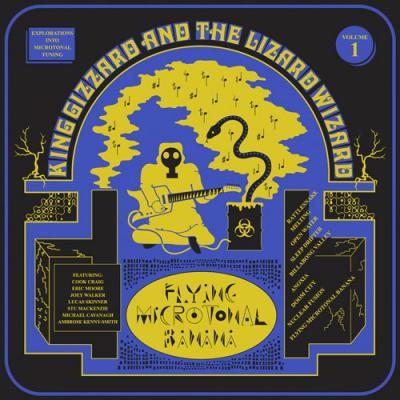 King Gizzard and the Lizard Wizard

In an intriguing sonic experiment, King Gizzard and the Lizard Wizard have gone microtonal. Using modified instruments, the Australian septet have decided to venture onto a different harmonic path. Foregoing the traditional western 12-note series (12-tet), the band plays a variety of stringed instruments in 24-tet tuning. This gives them quarter tones, as opposed to semitones (the note divisions commonly associated with guitar frets or piano keys). The effect is an ever-present tension. Like warbly magnetic tape vibrato or an out-of-tune string, it sounds off-putting, though difficult to place. The band's psychedelic stoner grooves are still just as potent, however. Beginning with the uptempo "Rattlesnake" the band gives fans a taste of last year's Nonagon Infinity glory. In subsequent tracks, the rhythm shifts down into a hypnotic swirl of smokey riffs. The Middle Eastern flair of the microtonal journey add distinction to the band's pulsating sound. The hornlike blare of the zurna in "Billabong Valley" is something to behold. Not unlike the album cover's imagery, the tracks contained herein are a snake-charming blacklight fever dream.