Dust off those dancing shoes, because it's time for another fun night with the loveable quartet. 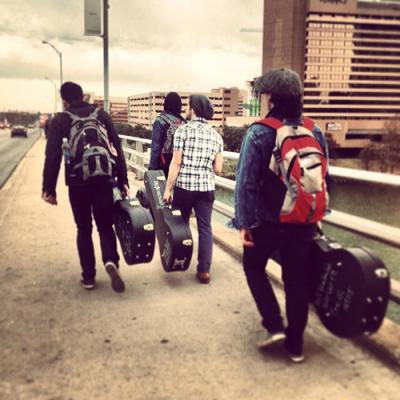 Falling Hollywood has all but given up trying to define themselves by subgenres. "We're a rock and roll band, there's no bones about it at this point."

It's been a while since Falling Hollywood have taken the stage here in Erie. Dust off those dancing shoes, because it's time for another fun night with the loveable quartet. If you don't know the band by now, you probably should. Their sound is full of Americana shuffles and garage rock singalongs (a guaranteed hit for fans of Spoon or Born Ruffians). The hometown favorites had a one-two punch with back-to-back albums in 2012 and 2013. Their debut album, Set the Table saw the boys with a folk-inspired flavor.Their follow-up, aptly titled Heavy Weather hit listeners with a slightly grittier edge, still packed with all the hooks you could ask for. They've all but given up trying to define themselves by subgenres. Summing up their musical evolution, guitarist Matt Flowers explained that "we're a rock and roll band, there's no bones about it at this point." Expect them to be previewing a solid bit of new material at this show, as they've been cooking up a new album this year. Their sound is chiseling itself into a harder form of rock. Bassist Bill Frackowiak described it as "adding texture to the music. It's new territory for us, but we're definitely excited for it."

Opening up the night will be local folk-master, Tyler Smilo. He's excited to be teaming up with the band again, noting that "I'm so glad to be a part of Falling Hollywood's first show back after hiatus. They were one of the first bands to give me an opening slot when I moved to Erie and I love their sound." Smilo is one of the area's finest songwriters. His voice is effortlessly emotive as he weaves rich tales drawn from his life. He also has a new album in the works, entitled Burn the Rivers. He'll be taking the stage solo that evening, while the next week will see the debut of his full band, Smilo and the Ghost. The show will take place on the upstairs stage. No cover will be needed to see two of the best local acts around. — Nick Warren