It's business as usual for Kurt Vile on his latest album b'lieve i'm goin' down. 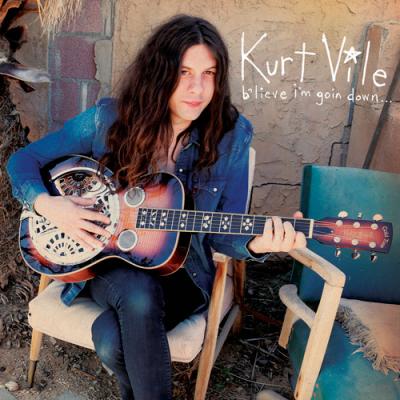 It's business as usual for Kurt Vile on his latest album b'lieve i'm goin' down. The guitarist and songwriter has a penchant for creating hazy rock tracks that make you feel like you're drifting along on a ride in the heartland, or at least a sepia-toned film reel showing the plains of America fly by. On his sixth album, he tweaks his successful approach slightly, cutting back on the reverb a touch without ruining the meditative vibes on tracks like the wonderful "That's Life, tho (almost hate to say)." Unsurprisingly, Vile makes these tracks feel effortless. He's a musician who can whip up impressive ditties that are so conversational and approachable that they feel like he's playing them right in front of you at a small gig. It's a gift that the native Philadelphian has showcased over the course of his career, and one that he continues to show off on b'lieve i'm goin' down. — Alex Bieler