by Nick Warren
View ProfileTwitterInstagramRSS Feed
November 9, 2016 at 9:45 AM 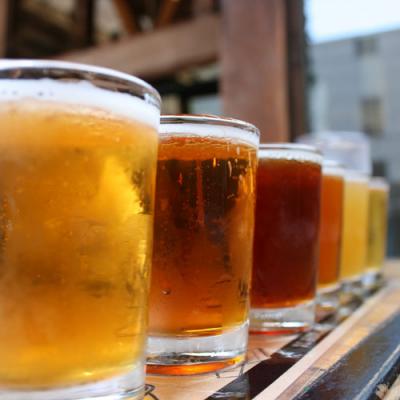 Craft beer enthusiasts will have a chance to keep it local this season. Eleven breweries from the area are joining forces, raising their collective glasses during Erie Craft Beer Week. Together, they've formed an organization known as the Lake Erie Ale Trail.

The main event of Erie Craft Brew Week will be Ales & Aces. You might be able to guess what the "ales" implies, while "aces" refers to Presque Isle Downs & Casino. The casino's Brew Brothers location will be the epicenter of local beers on the evening of Nov. 12. There, you'll be able to sample two winter beers from each of the 11 breweries. Attendees will also be privy to custom food pairings, auctions, and live entertainment; and receive $10 in slot play from the casino.

In summation of the event, Erie Ale Works President Jeff McCullor confessed, "We attend a lot of beer fests and this one is going to take the cake." He added that "Brew Brothers has been a driving force in this event and really wants to support us as local businesses and brewers. We're all looking forward to showing what this town has for a craft-oriented event."

In addition to Ales & Aces, be sure to check out each location, as they'll host different events and promotions during Erie Craft Brew Week. One event will be the premiere of an Ale Trail collaboration: the German Stein beer known as "HAWT Roxxx" will be tapped at Millcreek Brewing on Nov. 10. – Nick Warren