Epic and enveloping, Laura Mvula's sophomore album is a triumph. 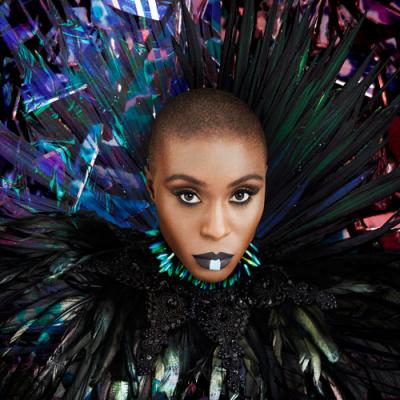 Epic and enveloping, Laura Mvula's sophomore album is a triumph. The English neo-soul singer builds her persona as a strong, creative force. The Dreaming Room straddles that precarious line of accessibility and originality. Beginning with the drifting bell tones of "Who I Am," Mvula transitions to the spacey disco-funk of "Overcome," aided by Nile Rodgers (guitarist and founding member of Chic). Mvula is a classically trained vocalist, her alto capable of floating airily or biting articulately. Comparisons abound to Nina Simone, who, despite the lower register, elucidated a similar aura along with her powerful black identity. The album has a mystique of theatricality, a drama unfolding in a conversationally operatic back and forth. "Angel" crossfades each line, forming a dialog between Mvula and herself. The album showcases a spectrum of tones. Tracks like the spectacular "Show Me Love" exude a tenderness and vulnerability, while the album closes with the single "Phenomenal Woman," with its hook-heavy empowerment groove. This well-thought-out album forms an imaginative interior of introspection and layered vocal performance. – Nick Warren