Fog Giant, LUCiD, and Ladders rally to cause of local music at brewery's bunker 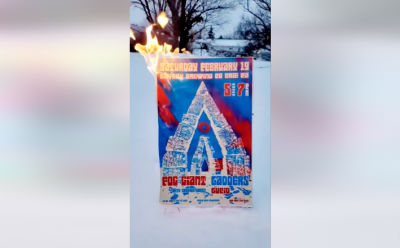 If there was ever a perfect time to rock the establishment, it's Presidents' Day Weekend.

Especially if that establishment happened to be the Bunker at Lavery Brewing Company — a great place to hide out while local bands are destroying sets. This Saturday, Fog Giant, LUCiD, and Ladders will assemble for an evening of unimpeachably good hooks fit to serve a diversity of ear drums. And all at just a fraction of the annual defense budget ($5 cover).

Also receiving high praises from Reader reviewers last year was the band that rounds out the bill, Edinboro's LUCiD. Youthful in terms of both age and energy, the group empties the stylistic Cabinet on their debut record K!TCHEN GROOVES — at turns surfy ("The Sand & The Syrup"), synthy ("HOMiCiDE"), southerly ("Collard Greens"), and punky ("A.C.A.B"). In his write up for K!TCHEN GROOVES in the "Top Albums from Erie Artists in 2021," Warren described the band's sound as "so varied you might find yourself checking to make sure shuffle isn't on."

Although our country's leadership has sometimes been a mixed deck, you can always reshuffle the odds in your favor when it comes to personal choice. As the Commander-in-Chief of your weekend plans, supporting local music always makes for a prudent executive decision.