Limber Up for Six Year Stretch at Bourbon Barrel 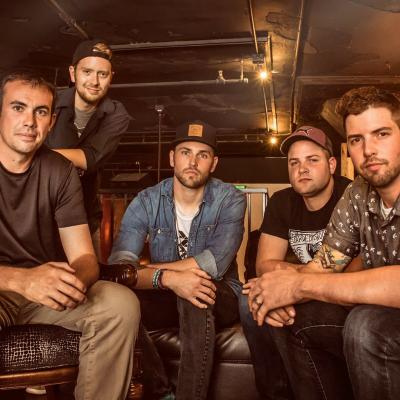 Fresh. Different. And on the prettier side of rock.

Those are a few of the ways Gem City-based pop-rockers Six Year Stretch described their debut LP (Masquerade) just prior to its release a couple of summers ago.

Now, two years later, they're almost ready to unveil their sophomore effort, Afterglow — and a surprise music video to shine a light on one of its biggest tracks — during a special CD (and video) release party at the Bourbon Barrel on Friday, June 22.

"The songs are still very melodically driven and have our signature 'brotherly' harmonies," said Brown, "but this one is a little edgier with some soaring electric solos since [virtuoso local guitarist Eric] Brewer is part of the band now."

"We put a lot of thought into this album [and] which songs belonged on it," he continued. "We even brought back [older tracks] 'The Fight' and 'Who We Are' and redid them with our current lineup. [We] love how they came out."

Now, as far as word goes about this surprise music video — the second one connected to Six Year Stretch's second album — Brown and company aren't letting too much out of the bag before the release party.

"[It's] still a secret, but I can tell you it is for a song off the new album that means a lot to us," said Brown. "It is a very personal song for all of us. There are specific people who were on our minds when we were writing this one, and I hope the meaning carries over to everyone who hears and sees it. That's about all I can say at this point."

For fans of Six Year Stretch (and let's not forget to mention very worthwhile show-openers Cult Classics and The LEC) it looks to be shaping up into an evening of meaning, and of song — and a helluva surprise party. — Ryan Smith