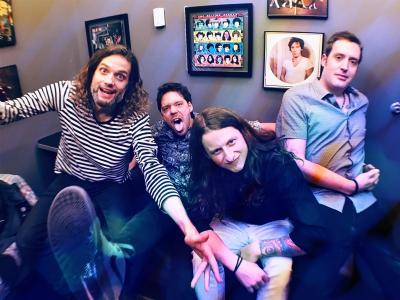 Whether it's a family affair or not, it's safe to say that funkiness is in the blood of both LITZ and West End Blend — two bands who may (LITZ) or may not (West End Blend) share genetics, but funk hard just the same.

Neither one (LITZ out of Maryland and West End Blend from Connecticut) should be missed — they're both experiencing pretty damn meteoric rises in the jam scene-at-large, especially in the Northeast but beyond as well.

And the opportunity to see them both together is … well, a hell of an opportunity.

They'll be kickin' out the jams — West End Blend first and LITZ (an Erie-area favorite these days) second as the evening's headliner — at the King's Rook Club.

Be there — or, you know, don't. But don't say we didn't advise you on where to find what is (in this humble writer's top-expert opinion) almost 100-percent certain to be the most in-deep, groove-worthy (and did I mention funky?) music anywhere in miles that night. — Ryan Smith