Scotty's Martini Lounge will be hosting the Black & Red Party at 8 p.m. Saturday, May 5.

by Alex Bieler
View ProfileFacebookTwitterInstagramGoogle+RSS Feed
May 3, 2012 at 10:59 AM 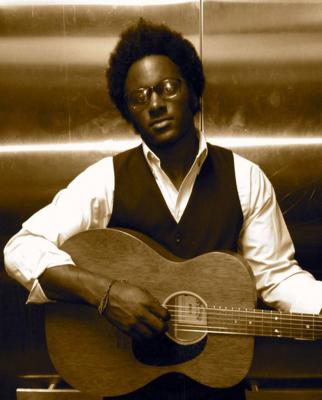 A normal band preview focuses on the music. The angle always differs to fit the story. From a group being a dance-inducing party favorite to a band showing up for the first time in years, the story always revolves around the music taking center stage.

For this preview, however, the music will be a supporting character for a special Cinco de Mayo night.

Scotty's Martini Lounge will be hosting the Black & Red Party at 8 p.m. Saturday, May 5, a night dedicated to aiding The Leukemia & Lymphoma Society. In addition to an art auction, several musical acts have donated their time to make the even a night of awareness, but also inspiration.

Coordinated by Ben Pratt, the director of research at the Erie Regional Chamber & Growth Partnership, the Black & Red Party will act as a fundraiser in honor of Evan Lang and Elise Yungwirth, The Leukemia & Lymphoma Society's Boy & Girl of the Year, a pair of kids that have each battled blood cancer.

"This is an opportunity to help raise awareness of blood cancers in the Erie area," Pratt said.

With all of the proceeds from the event benefitting blood cancer research, the Black & Red Party marks a Saturday that not only provides a full bill of top-notch musicians, but also a chance to try and make a difference. Seth Brewster, one of the night's performers, understands the good such a night can bring.

"I've driven great distances to play for free, because I love playing, and I really try to help with great causes like this," Brewster said. "If there's any chance to draw awareness to such things, I'm just really happy to help out."

The Meadville-bred guitarist has drawn comparisons to Andrew Bird for his looping-prowess, meticulously crafting tunes by blending carefully plucked guitar strings and strains of violin. While Brewster is sure to wow with his sound, he's more focused on what people will see at the event.

"I think a lot of people are aware [of blood cancer], but until they see a face or have someone in the family affected, they're kind of detached," Brewster said. "We're going to play music, but we're supplemental to the cause."

Brewster, who will be playing both solo and with his band Root 5th for the event, will be joined by rappers Charles Brown, Hectic, and Heresy, as well as saxophonist Anthony Barnes to complete the wide range of performers.

"I wanted to expose downtown Erie to an eclectic group of artists that would be cool to see," Pratt said. "Wear your best black and red and come out, because it's going to be a great time."

It's not often that you can get a chance to go out and party while your enjoyment aids a greater cause, much less a time that you'll be proud to pay a cover. Make sure you head down to Scotty's and help make the night one that the Leukemia & Lymphoma Society remembers.