The nimble-fingered guitarist will be toning it down at Molly Brannigans Saturday, March 24.

by Alex Bieler
View ProfileFacebookTwitterInstagramGoogle+RSS Feed
March 21, 2012 at 10:11 AM 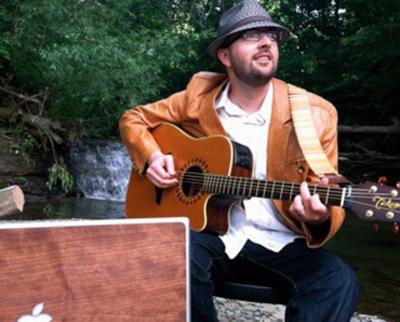 Music is always on the move. Over the span of a year, the sounds and styles of the moment can shift several times over, with pulsating beats being all the rage one minute and a soft, folk-fueled move taking precedence the next.

Just like the audience, musicians can change just as quickly. The show you remember seeing in the past could be light years away from the spectacle you may soon witness. It's all up to the creative forces behind the instrument.

Take Zack Orr, for example. The nimble-fingered guitarist will be toning it down at Molly Brannigans Saturday, March 24.

"It's going to be more acoustic than I usually do," Orr said. "This is a good chance to check me out in a more intimate setting."

Orr's musical evolution started back at the age of 14 when he began playing guitar. Despite the Berklee College of Music-trained musician's current blend of smooth vocals and melodic, layered tunes, Orr was a screamer in his first band, a hardcore group, eventually shifting to guitar as well when the lead singer quit. Over the years, he dabbled in different bands as he moved across the country.

While in Austin, Texas, Orr recorded his first album, "The Unstoppable Lift." It wasn't until his stay in Portland, Ore. when he worked on the majority of his second CD, "Francisco the Man," that he discovered his style.

On "Francisco the Man," Orr dedicates a song to each month, playing each sonically-layered tune in a separate key, with different vocal tracks and sound effects employed to give the album a fuller feel.

While Orr's music tends to employ a fair share of extra touches and effects, on Saturday, he'll be stripping his work down to its core, providing a new experience to a slew of songs that would already provide new insights on repeat listens.

In fact, with the creative juices behind the music constantly flowing, this show could be one of the last chances to see Orr in a show like this. Always on the move to keep discovering new sounds, Orr keeps working on finding his own place in the artistic world.

"I love people like Neil Young, Paul Simon, and David Byrne, but I don't want to be them," Orr said. "I want to be something else."

With an ear for all kinds of music, Orr can develop his own style. Perhaps he'll move onto a larger sound than before. Maybe he'll push on into the realm of electronica. Only he knows. For now, we can appreciate the well-travelled musician right here on State Street in an intimate show that promises to please.