"Reading through this report, you will find yourself seized by an irresistible desire to hurl yourself headlong into the nearest OccupyYourLocalCity protest." 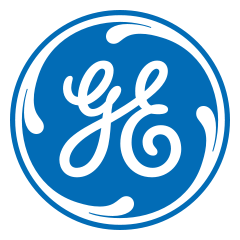 You might not be startled by the latest Citizens for Tax Justice report on US corporate tax liability (pdf) from 2008-10. You might not if, say, you're already sitting through the d*mn cold evenings in the gazebo at Perry Square. Or if you're a cynic. Or a corporate CEO.

Reading through this report, you will find yourself seized by an irresistible desire to hurl yourself headlong into the nearest OccupyYourLocalCity protest. In an era of crushing government deficits and mass unemployment, corporate America is not only skating blissfully free of its civic responsibilities, but continues to complain that it is paying too much in taxes. Even worse: Congressional Republicans and many Democrats agree! Listening to our politicians talk, you would imagine that corporate America's neck is permanently under the tax man's steel-tipped boot. When, in fact, the exact opposite is the truth.

That's right. A significant number of US corporations -- very, very profitable US corporations -- paid no taxes, or even got refunds. Verizon earned $32.5 billionin profits over the past 3 years -- and enjoyed 951 million in negative tax liabilities. It earned an extra $950 million! After taxes! Wells Fargo profited $49.3 billion in that same period and enjoyed $680 million in refunds!

And, closer to home, General Electric saw $10.4 billion in profits from 2008 to 2010 and received just under $5 million in refunds. All the while actively shedding jobs in the US and sending them overseas.

How did they do this? Adrew Leonard:

The answer includes a mixture of targeted tax breaks that impact specific industries or companies, accounting games that corporations play with stock options, and sweeping adjustments to tax law such as changes in the rules in how companies can write off the value of depreciating equipment. The accounting rules for so-called accelerated depreciation are now so accommodating that companies can write off 75 percent of the cost of new equipment immediately.

It's not too late to look into this Occupy thing.