Where we came from, and where are we going? 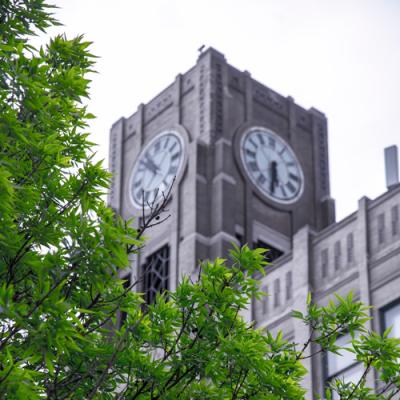 meliorism - [n.] The belief that the world can be made better by human effort

Recently, consultant Charles Buki was hired to report to the city his findings regarding Erie's development plan to address, according to the Erie Times-News, issues of "housing, transportation, land use, and economic development." While his words have been reported and re-reported several times, including in the Reader, Buki's conclusions bear repeating for those who may not yet be aware of them; but also for the import they carry. And leaving aside the money spent on a consultant whose report could have been delivered to any City Father who took five minutes to ask any State Street passerby the same questions Buki was asked, the consultant has some forthright and true things to say, most notably that "this community hasn't had an adult conversation about the condition of the city of Erie in about 40 years."

In this, he is quite correct, especially where the aforementioned development plan's concerns lie. Largely, it seems as if Erie has been more or less coasting on the momentum of false hope and old stories for some small time, to the detriment of the city and the lives of its citizens. And these concerns of development — perhaps re-development or un-development would be more apt terms — are not faced by Erie alone, and they are not new. "Smart Decline: The Road to Right-Size Cities," an excerpt from The Post-Carbon Reader published on Yes! Magazine's website, spoke at length in 2010 about the very issues brought up in Erie's own development plan, which have been handled by other cities in various ways: "reorganiz[ing] space; remov[ing] unneeded infrastructure; rethink[ing] transportation, energy, and food options; encourag[ing] industrial and other heritage tourism; and, above all, rightsiz[ing]...in authentic, resilient ways."

As Buki pointed out, most in the Erie community only get as far as discussing problems without presenting solutions. So where to begin the discussion?

Grow Up or Die, or Why We Can't Have Nice Things

What would be expected of a parent whose child wanted to be someone else? That is, if a child were, say, a good artist with natural talent and her own style of drawing who then decided to abandon her way to emulate the work of another child, would we expect the parent to allow the child to do so? Or would we rather the parent tell the young girl to be no one but herself, to work from what was given to her by kismet and follow it diligently to the exclusion of all else?

What would we expect of a city that did the same thing to itself, then?

So it seems as if letting go of bad patterns will be most useful to the community's progress. Erie suffers interminably from a little-brother complex or, at the very least, the bad habit of endlessly comparing itself to other, larger cities. For example, when a new, hip, and locally-owned coffee shop opened downtown a few years ago, first-time patrons could be heard saying "Oh, my god. Walking in here, you'd never know you were in Erie!" or "This place could easily be in New York City." 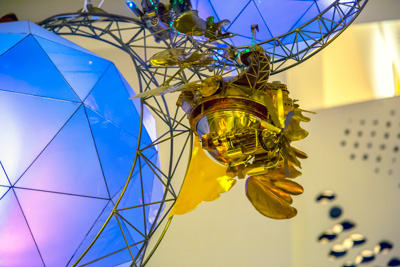 We've all heard similar things many times about anything in this city which has any kind of energy to it. Far frominherently complimentary, comments such as these are unhelpful, dismissive of local effort, and only serve to privilege the speaker, as if to say "I am worldly enough to have been to such-and-such a place and bright enough to have made this comparison." One is also reminded of the Almost New York Good art show of several years ago at Papa Joe's restaurant. Seemingly named for a winking nod to one critic's high-minded assessment of the Erie artist's work, the title further indicates dismissiveness. It suggests, "Your work is so good that you don't belong here," which is tantamount to saying "Erie should not have talent in it. From it, sure. But not in it."

The then-resuscitated Keep Erie Weird buttons and t-shirts seen around town several years ago are another example of Erie's poor emulation of other areas. Designed to raise awareness and boost economy, the Keep Austin Weird campaign — the first of its kind to receive national attention — was launched to promote local businesses. It also sought to keep big-box stores out of funky, zealously tribe-like areas such as South Austin, which threatened secession from the greater city should Walmart have been permitted to build there, contrary to locals' outspoken wishes.

Our city and the surrounding areas have already been long beset by Walmart and its ilk, so when a button suggests that Erie be kept weird, what is it saying? In what way is Erie weird, exactly? By and large, the town is conservative, blue collar, and more midwestern than East Coast. What of ourselves do we truly and distinctly own? How do we see ourselves? And upon what interior place can we stand and say "This is us"? It's almost as if our economy's gutting by corporate downsizing and outsourcing in the 90s and the apprehension and further calamity created by the Great Fuckery of 2008 have turned us into a collective teenager: gangly, unsure, and plagued by an almost-hormonal desperation for identity, a point made previously in the Reader by Jim Wertz.

And this reversion to primordial form is, on balance, an entirely enviable place in which to be, because it means that we are now positioned to decide finally and for ourselves to become whatever we want.

What is Hope, or Sunsets Don't Save Lives (Thanks, Johann)

In order to own who and what we are, we must first make certain determinations.

About six years ago, an old industrial space on the east side was removed so that the property owner could save money on the improved-property taxes he annually paid, a loss to the city of almost $100,000 per year. Though the details are lost to memory, one thing remains sharp: when asked about the loss of the much-needed yearly income, a council member — or some other kind of politician — said that the deficit represented a hit to Erie's already-fraught circumstances but that we ought to continue to hope for improvement, as if to say — like Dickens' foolishly hopeful character Micawber — "Something will turn up." In this case, what does his suggestion mean?

Nothing, actually. It's just words. It's useless, other than as a sound bite.

Our Eyes Are in Wrong

Most people think of hope as simply an optimistic attitude or good wish for the future. And to a large extent that is the case. However, positive thinking does little good when the issue one faces is forward progress. One can hold out as much hope as possible, but without action, nothing actually happens. Erie should at this time not be casting its bread upon the waters of the world, as the politician seemed to suggest, but should re-frame hope. That is, we ought to begin to see hope as the product of a well-lived past. Hope, in reality, is what one gets when that well-lived past allows one to look forward to the successful repetition of desirable and useful patterns: todays which will improve because of a solid foundation of yesterdays.

So regarding these actions — owning ourselves, growing up, and so on — what can we do? 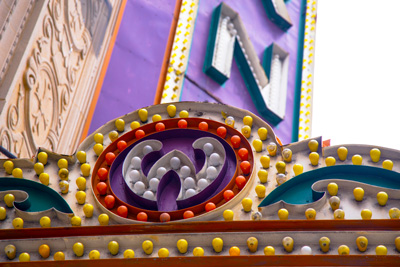 Let's conduct a thought experiment. For our touchstone, we will take a type of periodical which has appeared in book stores in the past few years: post-apocalyptic survival guides, magazines which are designed to sell high-quality survival gear such as rip-stop fabric jackets, paracord, tortoise-shell backpacks, machetes, tactical boots, and so on. The covers of these magazines and the adverts therein are very telling of the mindset to which they are meant to appeal. A lone protagonist walks through black rain in the remains of an urban area brought to waste by social, economic, and environmental collapse, walking well-caparisoned and confidently apart from unseen terrors in a high-contrast, slick-as-HD, Mad Max-style movie scene. Tough, gritty, and self-contained, he is clearly ready for whatever the waste of the world can throw at him.

Cinematics aside, contemplating a collapse of our country or even of the whole world is not too far of a walk — even for the most sober-minded among us. Again, 2008 showed us that the economically-globalized world is, for all its power, an interconnected system that privileges few without consideration to the vast majority of people and is tenuously placed, at that. Peak oil is not far off. Environmental issues abound, and large corporations operate with virtual impunity on the principle that everything can and should be owned. In fact, economic architects Geithner and Bernanke were given executive-level positions in the government instead of jail sentences, and so far four of Hillary Clinton's campaign's top ten contributors are banks who precipitated the global economic collapse in 2008. Here, we hear that Erie is dead or at least dying and some of us are looking ahead to relatively dark times, the ultimate outcome of which might resemble the inside of those post-apocalyptic magazines.

Consider this, however: between where we are now and where the hysteria of those magazines points us, hundreds of things will have to happen. The future is not etched in marble, monolithic. Let us pretend for a moment that the dire reality of one of those magazines has in fact materialized, though.

Living in that reality and looking backward, what would we wish we had done? Living in that reality and trying to survive, what would we then do? Re-localize the economy? Why not. Change our ideas about what constitutes "work?" Sure. Maintain indoor, urban gardening in unused spaces? Of course. Build and rely upon wind and solar power? The grid is no more, so yes. Re-fit roadways for foot, bike, or even horse traffic? Indeed. Grow hemp against federal law for use as fuel and textiles? What federal law?

One could easily go on to list any number of things that, in such circumstances, we ought to have done or will need to do. So, the question is this: Why not simply do all of those things now?

As the philosopher Griffith indicated in one of his inspirational tags, no one is watching us. We are on our own and are able to do whatever we want to. We can do as a city what the poet Rilke suggested Kappus do as a creative person when asked how to proceed as an artist: go within and act from our own sense of what is true, without regard to the customs and mores of larger society. "Nobody can advise you and help you, nobody," Rilke said. "There is only one way. Go into yourself."

There is no such thing as endless, upward economic growth. Even if there were, we can dismiss it as nothing more than a tool of control. Contribute to the progress or you are no longer part of meaningful society; watch your credit rating, or you won't be able to easily belong; get that FICO score to at least "Above Average"; become eligible — all of these are little more than carrots held before the mule of the economy as it currently exists. An economy which promises endless growth but does nothing more than deliver money where money already existed. No endless economic growth. There is, however, no limit to human growth. The world is as we make it. The world can be whatever we wish. In this, we have the power of the Universe: we can make ideas reality.

We've included a few choice excerpts from Richard Boler's 1982 Showcase piece that just may have started the whole "Keep ___ Weird" phenomenon. Check them out at eriereader.com.

by Erie Reader Staff1/20/2020, 12:00 PM
The iconic civil rights leader message is as powerful and resonant as ever