by Nick Warren
View ProfileTwitterInstagramRSS Feed
February 3, 2016 at 11:45 AM 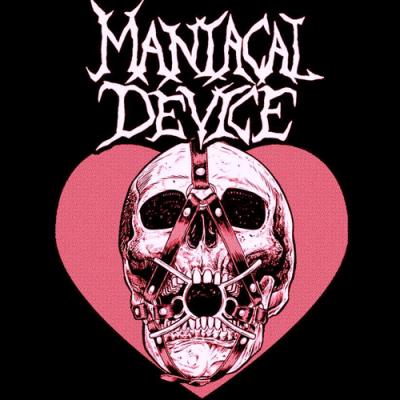 Brutal, fast, and maybe a little evil, that's the Maniacal Device way. Fronted by Erie punk veteran "Morbid" Rob Burke (the Go-Go Rays, the Trashed, Sound City Saints, etc.), the band blasts out 10 songs in just under 15 minutes. Members of Slam Corps (three-fifths of them, actually), and Mala Sangre fill out rest of the band. Fans of Crossover Thrash will love Maniacal Device (the crossover is between Thrash Metal and Hardcore Punk, by the way). Imagine the frantic chugs of D.R.I. and Municipal Waste, with the slurred screams of Poison Idea and Negative Approach. Despite being rooted in well-worn sounds, Love Skull feels fresh. The recording is thick and tough, much more polished than any previous tracks the band had available. Songs combine darkly violent themes with sometimes light-hearted jokes. Often, the language Burke uses evokes a more sinister premise that what's going on thematically. "Hog Splitter," for example, colorfully chronicles life working in a meat plant. Maniacal Device might not be everyone, and that doesn't bother the band one bit. – Nick Warren