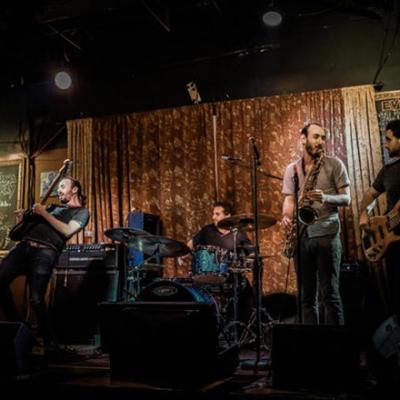 How do you define what something like "progressive jazz-rock" really is?

That's not necessarily an easy thing to do; but saying one word — "Marbin" (or, three words: "listen to Marbin") — is a fine place to start.

The hard-working, beautifully-all-over-the-place Chicago-based quartet have played Erie before, making a Monday-night stop at Basement Transmissions in the early fall of 2016. It was one of the well over 1,000 shows that Marbin's incredibly talented members had played over the past six years or so prior, making for an ever-growing fanbase. To date, they've sold more than 20,000 albums and garnered over 1.5 million hits on YouTube on a couple of their (amazing) videos thanks to their heavy internet presence.

Lucky for us, they're coming back around the Gem City once again. This time, they'll be landing at the Kings Rook Club, playing a no-cover show for members (don't worry, it's easy to become one on the spot if you're 21-plus) on Friday night.

If you caught them the first time around, we're guessing you're probably thinking about clearing your evening's schedule out now. If you weren't, you'd probably better start doing the same.