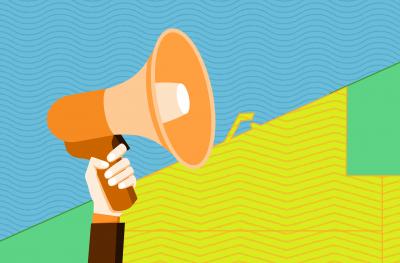 The news from Millcreek Township has been trickling in steadily over the past few weeks, as the City of Erie's immediate neighbor to the south and west continues to make important decisions regarding its short-term and long-term future. These developments, of course, come during the lead-up to May's primary election between Millcreek Township supervisor candidates John Morgan and Kim Clear, the incumbent and challenger, respectively.

Here's what's been going on in Erie's most populous suburb.

Feeding those in need

Millcreek is funneling a $126,000 CARES Act grant into ongoing partnerships with the Second Harvest Food Bank and Meals on Wheels, as it seeks to continue to feed the township's low-income and homebound residents. Meals On Wheels (814-452-6930) will accept new clients until funds are exhausted, provided that they are:

Determining the future of the police department

Within the past month, Millcreek Township stated its intention to implement police reform recommendations suggested in the PA Department of Community and Economic Grant-funded "Early Intervention Program Report." The primary message of that report? That the Millcreek Township is in the need of some streamlining. The force currently stands at 42 officers, whereas call volumes suggest 37 would be ideal. Furthermore, the command structure may be too convoluted, with 1 supervisor for every 3 officers, whereas a ratio of 1 to 8 is viewed as optimal.

At the same time, serious investments toward equipment and training were made, including:

With relatively painless negotiations, Millcreek Township and its AFSCME (American Federation of State, County, and Municipal Employees) labor union agreed to terms on a new 5-year contract. The contract accounts for cost of living increases of 2.1 percent annually and proportionate increases for the employee's share of healthcare benefits.

Land management will be key to executing the township's comprehensive plan, Embrace Millcreek, and that goal became more tangible with the adoption of an official map. The map marks the locations of vital public greenspaces, stormwater buffer zones, and conservation easements to preserve the aesthetic and environmental integrity of the township down the line. Public comments can be made via the township website through April 30; a final public hearing is slated for May.