The best way to listen to this album is to feel it, to let the fuzz and the bass wash over you. 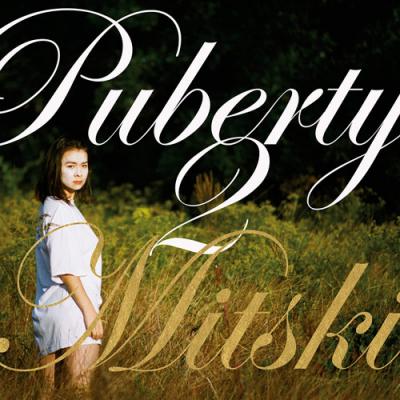 At first, a title like Puberty 2 might strike you as clumsy, or even crass. Then you listen to this record, and you realize that life changes you. The dirt and oils of your experiences form into the acne of your personality. It's that kind of raw, fearless, sometimes ignorant metaphor that's been getting scrawled into teenage diaries for decades. Mitski's writing has that same ruthlessly personal bravery, but with dead-on precision. Envision a more emotional, less baroque St. Vincent. Picture a more aggressive, experimental version of Cat Power. The best way to listen to this album is to feel it, to let the fuzz and the bass wash over you. The songs exemplify a tonal variety. There's the frenetic, Thermals-esque plea of the beautifully titled track "My Body's Made Up of Crushed Little Stars." Others like "Crack Baby" make further nods to bands like Massive Attack and Portishead. Bury Me at Makeout Creek was easily one of the best albums of 2014, due largely in part to the undeniable promise of the opening tracks. This album not only completes that reach, it exceeds it. – Nick Warren