by Nick Warren
View ProfileTwitterInstagramRSS Feed
February 16, 2021 at 11:00 AM 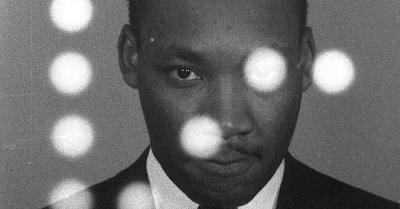 Perhaps you already knew it, but Dr. Martin Luther King Jr. was — in the eyes of the U.S. government — seen as a threat. The iconic Civil Rights leader is now one of the single-most heralded figures in modern U.S. history — Black or white. During the '50s and '60s, however, this was certainly not the case according to the Federal Bureau of Investigation.

To many people fascinated by government programs like COINTELPRO, this is old news. Further, allegations of King's extramarital affairs have been thrown around for years. What this documentary is able to do is utilize declassified government documents from the FBI on their investigation of King, which involved wiretapping and the use of covert bugging.

In documentary filmmaking, it's worthwhile — albeit not required — to separate the content being presented with the presentation itself. Content-wise, this is a must-watch. It's angering to hear the truth about the misuses of power by FBI Director J. Edgar Hoover, Deputy William C. Sullivan, and President Lyndon B. Johnson. It's empowering to simply hear Dr. King's words and track his rise to prominence. Seeing Dr. King as a fallible person adds to the reality of his history, though some of the more problematic of the FBI's insinuations and reaches may make certain parts difficult to hear, to say the least.

The presentation of the film itself is well-executed but wholly unremarkable. Using archival footage, document pan-and-scans, and altogether too much zoomed in b-roll footage of recording devices, the film foregoes talking head commentary until the final five minutes (this isn't to say that it's a big revelation, just oddly curious).

MLK/FBI is worth watching, especially if you don't trust the government of the 1960s.