The Montana Supreme Court rules that corporations don't have the right to unlimited political spending in state and local races. 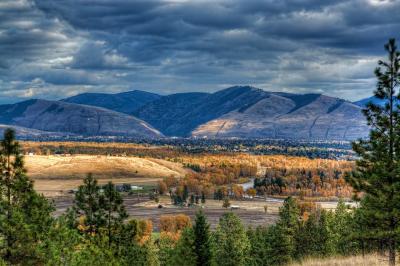 Some of you know I recently spent a great deal of time in Montana, some 15 years, give or take one or two. It's an interesting state. Beautiful and sparsely populated, most of it is off the beaten track, and that includes its politics, which are strongly libertarian/populist. A small-government conservative state run by moderate populist Democrats and a extreme right-wing legislature. Hijinks enuse, often. It's a blogger's paradise.

One of the characteristics of Montana is that it resents federal intrusion into its business. And when the SCOTUS ruled in Citizens United v FEC that corporations, with the legal standing of people, can spend unlimited amounts on political campaigns, it conflicted with a century-old Montana campaign finance law passed by popular initiative in response to the 19th-century practice of the Copper Kings buying state government.

Well, on Friday, the Montana Supreme Court upheld the state law in the face of the SCOTUS decision:

The decision grants a big win to Attorney General Steve Bullock, who personally represented the state in defending its ban that came under fire after the "Citizens United" decision last year from the U.S. Supreme court.

"The Citizen's United decision dealt with federal laws and elections — like those contests for president and congress," said Bullock, who is now running for governor. "But the vast majority of elections are held at the state or local level and this is the first case I am aware of that examines state laws and elections."

Bullock's argument -- which you can see mirrored in the Montana Attorney General's testimony before the US Senate in Februrary 2010 -- is that local and state elections are especially vulnerable to infusions of corporate cash into elections, and that Montana's experience with corporate-funded political corruption gave the state a vested interest in its campaign-finance law.

No doubt the case will be fast-tracked to the Supreme Court to be overturned with enough time to allow Big Energy to buy the Montana 2012 state elections, but in the meantime, the Montana court's decision is a victory for ordinary Americans in one state, at least.

Matt Taibbi on the decision:

In the wake of the Tea Party, the Occupy movement, and a dozen or more episodes of real rebellion on the streets, in the legislatures of cities and towns, and in state and federal courthouses, this presidential race now feels like a banal bureaucratic sideshow to the real event – the real event being a looming confrontation between huge masses of disaffected citizens on both sides of the aisle, and a corrupt and increasingly ideologically bankrupt political establishment, represented in large part by the two parties dominating this race.

Let's put it this way. What feels more like a real news story – Newt Gingrich calling Mitt Romney a liar for the ten millionth time, or this sizzling item that just hit the wires by way of the Montana Supreme Court[?]...

Now that is real politics -- real protest, real change. Exactly the opposite of the limp and sterile charade in Iowa. This caucus, let's face it, marks the beginning of a long, rigidly-controlled, carefully choreographed process that is really designed to do two things: weed out dangerous minority opinions, and award power to the candidate who least offends the public while he goes about his primary job of energetically representing establishment interests.

Don't hold back, Matt. What do you really think?