Mungion Steals Back the Stage

Mungion's only been around and about for a little over year or so, but they already got it goin' on. 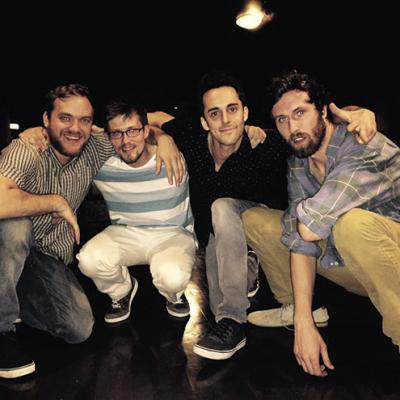 So, this ugly scene happened late this past summer to a burgeoning prog-jam band called Mungion:

"Last weekend, while on the road, we were staying out in Detroit and woke up to find our van and trailer stolen with all of gear, merchandise, lights, and other valuable belongings in them."

And they meant all of it — something like $40,000-plus worth of equipment the music-makers needed to, well, make their music — which was set to happen, by the way, at that very weekend's get-down of get-downs, the Night Lights Music Festival in far-off Sherman, NY.

"Although we are grateful that everyone is safe, our livelihood was taken from us in the blink of an eye. ...Unfortunately, there was not much the authorities or anyone could do," the Chicago-based jam troop said in a statement.

So, they said, free of any gear (or much of anything else) "after filing the police report and talking to neighbors, we piled up in a hatchback and drove six hours to New York to play because the show must always go on!"

Now, I was at that show. And — not even in the know about any of that nightmare situation until well afterward — I was floored (and so was my wife, and everyone else there) at how damn good these guys were, even having just spot-borrowed headliner Aqueous' gear.

Mungion's only been around and about for a little over year or so, but they already got it goin' on: Talent. Drama. Intrigue. A mad ability to groove. And some serious gumption.

Not to mention a seriously loving fan base, which helped them meet their $33,000-plus goal for replacing their gear in not more than a few hot minutes.

And they'll be bringing some of all of those with them when they make their way downstairs at the King's Rook, wrapping up one helluva weekend for live music in Erie. — Ryan Smith