Six bands, including: Teatime for Three and Random Union, come together to create awareness.

by Alex Bieler
View ProfileFacebookTwitterInstagramGoogle+RSS Feed
April 2, 2014 at 7:51 AM 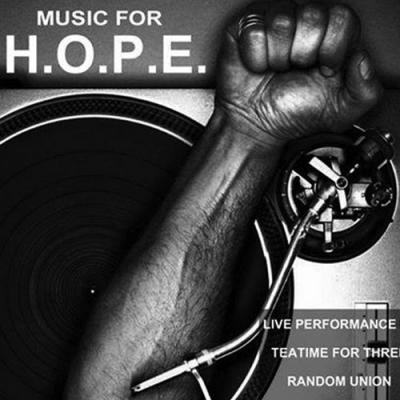 Music can provide many different feelings for people, but on Friday, April 4, the artists performing at PACA will be playing for H.O.P.E.

Music for H.O.P.E. will bring six different acts together at the State Street venue to help raise awareness for Heroin Overdose Prevention in Erie, a Facebook page started in January of this year to help educate people about the dangers of heroin and provide an outlet for others to share their stories about the drug so that those suffering from addiction can see that they're not alone.

"Maybe someone will seek help instead of keeping it to themselves," says The Box's Jon Box, who has helped put the event together. "It's an addiction, it's a disease. Sometimes you feel like there's no hope and that's it, that's the end game… there are people that can help you and people that care."

The independent music community certainly cares, so six bands, including rockers Teatime for Three and hip-hop duo Random Union, will help promote H.O.P.E. the best way they know how – through music. In addition to the entertainers, a special speaker and former heroin addict will be providing a first-person perspective of just how horrible drug addiction can be.

With heroin overdoses making frequent appearances in headlines this year, take some time to help spread the word with the independent music community by joining the over 6,000 people who have started following H.O.P.E. in the past few months and check out Music for H.O.P.E. at PACA. — Alex Bieler