NAO described the album to Billboard as a "definite nod" to the pop music of the 1990s. 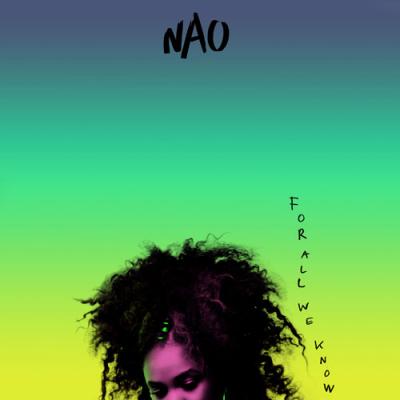 For All We Know

Like a mission statement, NAO softly coos that it "feels just like velvet." The British singer (whose real name is Neo Jessica Joshua) has weaved together a silky smooth debut album. NAO described the album to Billboard as a "definite nod" to the pop music of the 1990s. From the first few notes of "Get to Know Ya," you understand what she means. Leading off the album is one of many ready-made dance singles, tracing its roots through the ranks of Toni Braxton or Janet Jackson. The stakes are higher. The bass is lower, the beats have all the modern accoutrements you'd expect from electronic synthpop record like this. Tunes like "DYWM" and "Give Me a Little" up the funk game with successful results. The heavy mid-tempo grooves of "Adore You" and "Fool to Love" elaborate on her signature sound perfectly. Her soprano voice is tender and emotive, with an airy nasal personality all its own. The first single, "Bad Blood," shuffles along with synth sections that take you back in late-century dance nostalgia. – Nick Warren