While Nathaniel Rateliff is known for his intimate folk songs, the Denver singer-songwriter shows off his soulful side with his band The Night Sweats on their self-titled debut album.

by Alex Bieler
View ProfileFacebookTwitterInstagramGoogle+RSS Feed
September 2, 2015 at 7:45 AM 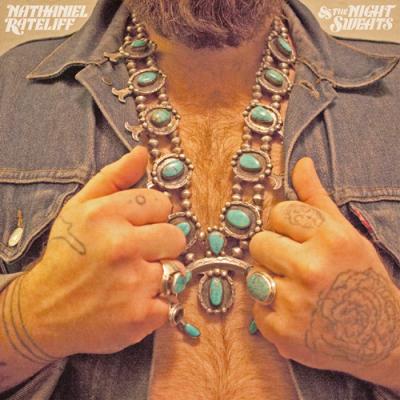 While Nathaniel Rateliff is known for his intimate folk songs, the Denver singer-songwriter shows off his soulful side with his band The Night Sweats on their self-titled debut album. Rateliff and his band members imbue a serious old-school vibe throughout the release, and Rateliff's performance is akin to that of a fiery preacher, dishing out lines like "I'm gonna writhe and shake my body/ I'll start pulling out my hair/ I'm going to cover myself with the ashes of you and nobody's gonna give a damn" in his scratchy, booming voice on highlight track "S.O.B." The album does start to peter out after over half an hour of soulful yelps, blazing horns, and a whole bunch of attitude. Still, there's plenty of fire in these tracks to ward off the repletion. Ultimately, Nathaniel Rateliff & The Night Sweats is some good ol'-fashioned musical fun, as you can't help but be drawn in by Rateliff's all-in performance. – Alex Bieler