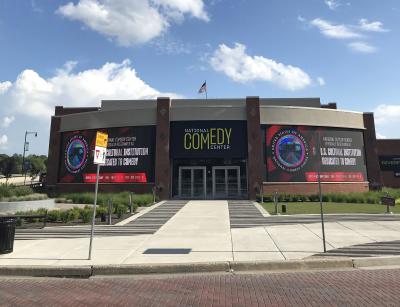 Following suit with many other large-scale events in the U.S., the National Comedy Center announced Thursday that its annual Lucille Ball Comedy Festival has been rescheduled for August 2021, due to the ongoing COVID-19 pandemic.

The 30th-anniversary festival that was scheduled for August 5-9 was set to feature comedian Jeff Foxworthy and past SNL stars David Spade, Kevin Nealon, and Rob Schneider. The festival has been rescheduled for the same weekend in 2021: August 4-8, 2021.

The announcement came with a heavy heart, as Journey Gunderson, executive director of the National Comedy Center said in a statement: "It is with tremendous sadness that we make the difficult decision to reschedule our Lucille Ball Comedy Festival," she said. "We are grateful for the patience, understanding and continued support of our festival attendees, sponsors, volunteers and staff, and our Jamestown and Chautauqua County community during this time."

According to Gunderson, the decision was not made lightly, as the festival draws people from over 40 states, affecting the economy in the Jamestown community as a whole.

Ticket holders can select their preferred option at ComedyCenter.org/TicketForm.

The center also plans to reopen its comedy museum this summer with cleaning, disinfecting and social distancing protocols in place.

To learn more about the National Comedy Center's response to the COVID-19 crisis, visit https://comedycenter.org/.