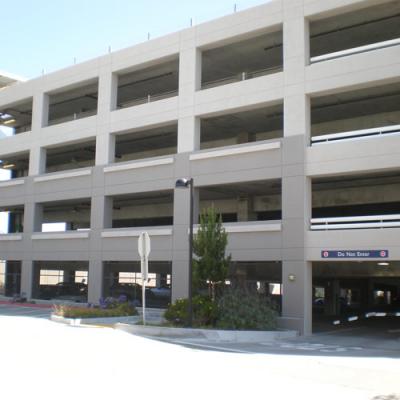 A highlight of the recent upmarket surge in Brooklyn, N.Y., as a residential and retail favorite, was the asking price for an ordinary parking space in the garage at 845 Union Street in the Park Slope neighborhood: $300,000 (also carrying a $240-a-month condominium fee and $50 monthly taxes). That's similar to the price of actual one-bedroom apartments in less ritzy Brooklyn neighborhoods like Gravesend (a few miles away). [DNAInfo, 3-6-2017]

Saginaw, Michigan, defense lawyer Ed Czuprynski had beaten a felony DUI arrest in December, but was sentenced to probation on a lesser charge in the incident, and among his restrictions was a prohibition on drinking alcohol which Czuprynski acknowledged in March that he has since violated at least twice. However, at that hearing (which could have meant jail time for the violations), Czuprynski used the opportunity to beg the judge to remove the restriction altogether, arguing that he can't be "effective" as a lawyer unless he is able to have a drink now and then. (At press time, the judge was still undecided.) [MLive.com, 3-10-2017]

Residents in southern Humboldt County, California, will vote in May on a proposed property tax increase to fund a community hospital in Garberville to serve a web of small towns in the scenic, sparsely populated region, and thanks to a county judge's March ruling, the issue will be explained more colorfully. Opponent Scotty McClure was initially rebuffed by the registrar when he tried to distribute, as taxpayer-funded "special elections material," contempt for "Measure W" by including the phrase "(insert fart smell here)" in the description. The registrar decried the damage to election "integrity" by such "vulgarity," but Judge Timothy Cissna said state law gives him jurisdiction only over "false" or "misleading" electioneering language. [North Coast Journal (Eureka, Calif.), 3-7-2017]

News of the Weird has written several times (as technology progressed) about Matt McMullen's "RealDoll" franchise the San Marcos, California, engineer's richly detailed flexible silicone mannequins that currently sell for $5,500 and up (more with premium custom features). Even before the recent success of the very humanish, artificially intelligent (AI) android "hosts" on TV's "Westworld," McMullen revealed that his first AI doll, "Harmony," will soon be available with a choice of 12 "personalities," including "intellectualism" and "wit," to mimic an emotional bond to add to the sexual. A recent University of London conference previewed a near future when fake women routinely provide uncomplicated relationships for lonely (or disturbed) men. (Recently, in Barcelona, Spain, a brothel opened offering four "realdolls" "disinfected after each customer" though still recommending condoms.) [Forbes, 2-28-2017]

Scientists at Columbia University and the New York Genome Center announced that they have digitally stored (and retrieved) a movie, an entire computer operating system and a $50 gift card on a single drop of DNA. In theory, wrote the researchers in the journal Science, they might store, on one gram of DNA, 215 "petabytes" (i.e., 215 million gigabytes enough to run, say, 10 million HD movies) and could reduce all the data housed in the Library of Congress to a small cube of crystals. [Wall Street Journal, 3-3-2017]

An office in the New York City government, suspicious of a $5,000 payment to two men in the 2008 City Council election of Staten Island's Debi Rose, opened an investigation, which at $300 an hour for the "special prosecutor," has now cost the city $520,000, with his final bill still to come. Despite scant "evidence" and multiple opportunities to back off, the prosecutor relentlessly conducted months-long grand jury proceedings, fought several court appeals, had one 23-count indictment almost immediately crushed by judges, and enticed state and federal investigators to (fruitlessly) take on the Staten Island case. In March, the city's Office of Court Administration finally shrugged and closed the case. [New York Times, 3-8-2017]

A chain reaction of fireworks in Tultepec, Mexico, in December had made the San Pablito pyro marketplace a scorched ruin, with more than three dozen dead and scores injured, leaving the town to grieve and, in March, to solemnly honor the victims with even more fireworks. Tultepec is the center of Mexico's fireworks industry, with 30,000 people dependent on explosives for a living. Wrote The Guardian, "Gunpowder" is in "their blood." [The Guardian (London), 3-10-2017]

"Bentley" the cat went missing in Marina Del Rey, California, on Feb. 26 and as of press time had not been located despite a posted reward of $20,000. (A "wanted" photo is online, if you're interested.) (2) British snack food manufacturer Walkers advertised in February for a part-time professional chip taster, at the equivalent of $10.55 an hour. (3) An Australian state administrative tribunal awarded a $90,000 settlement after a cold-calling telemarketer sold a farm couple 2,000 ink cartridges (for their one printer) by repeated pitches. [Fox News, 3-8-2017] [Leicester Mercury, 2-23-2017] [The Age (Melbourne), 3-9-2017]

American chef Dan Barber staged a temporary "pop-up" restaurant in London in March at which he and other renowned chefs prepared the fanciest meals they could imagine using only food scraps donated from local eateries. A primary purpose was to chastise First World eaters (especially Americans) for wasting food, not only in the kitchen and on the plate, but to satisfy our craving for meat (for example, requiring diversion of 80 percent of the world's corn and soy just to feed edible animals). Among Barber's March "WastED" dishes were a char-grilled meatless beetburger and pork braised in leftover fruit solids. [TreeHugger.com, 3-3-2017]

Smoking Kills: A 78-year-old man in Easton, Pennsylvania, died in February from injuries caused when he lit his cigarette but accidentally set afire his hooded sweatshirt. (2) Pornography Kills: A Mexico City man fell to his death recently in the city's San Antonio neighborhood when he climbed up to turn off a highway video sign on the Periferico Sur highway that was showing a pornographic clip apparently placed by a hacker. [NJ.com, 2-28-2017] [Metro News (London), 3-6-2017]

Oops! An officer in Harrington, Delaware, approaching an illegally parked driver at Liberty Plaza Shopping Center in March, had suspicions aroused when she gave him a name other than "Keyonna Waters" (which was the name on the employee name tag she was wearing). Properly ID'ed, she was arrested for driving with a suspended license. [WMDT-TV (Salisbury, Md.), 3-6-2017]

In his third try of the year in January, Li Longlong of China surpassed his own Guinness Book record by climbing 36 stairs while headstanding (beating his previous 34). (Among the Guinness regulations: no touching walls and no pausing more than five seconds per step.) (2) The online live-stream of the extremely pregnant giraffe "April" (at New York's Animal Adventure Park) has created such a frenzy, and exposed the tiny attention spans of viewers, that, as of March 3, they had spent a cumulative 1,036 years just watching. (Erin Dietrich of Myrtle Beach, South Carolina, 39 weeks pregnant herself, mocked the lunacy by livestreaming her own belly while wearing a giraffe mask.) (By press time, Erin had delivered; April, not.) [Huffington Post, 3-10-2017] [BBC News, 3-3-2017]