Despite Gallagher's platinum sales in the UK, Britpop has all but faded from the US consciousness.

by Nick Warren
View ProfileTwitterInstagramRSS Feed
December 6, 2017 at 10:45 AM 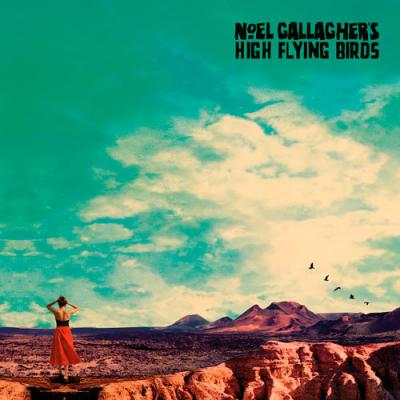 Who Built the Moon

Ask any self-proclaimed Oasis fan — even in America, they're out there (trust me) — and they'll be fairly insistent that the band is far from one-album-wonder. In fact, they'll probably take offense to that statement on a deeper level, despite the fact that most of the band's hits were derived from one 22-year-old compact disc. Those fans would be right, though. Oasis, and the forever-feuding brothers Gallagher, have continued to produce decent material for decades, while still never breaking back into the mainstream. The third High Flying Birds record, Who Built the Moon is no exception. It's a subtly potent album, and one that might spark some listeners to revisit the artist's back catalog. "Fort Knox" starts the album off strong, with its minor pentatonic build reminiscent of "F***ing in the Bushes," the kickoff track to 2000's Standing on the Shoulders of Giants. With "Holy Mountain" the vocal melodies come in and don't relent for several tracks of uptempo beauties. Despite Gallagher's platinum sales in the UK, Britpop has all but faded from the US consciousness, and a decent album isn't exactly going to make the yanks take notice again.