Nonkeen // Oddments of the Gamble

This instrumental record provides a flurry of tones, shaped by a German trio of Frederic Gmeiner, Sepp Singwald, and Nils Frahm. 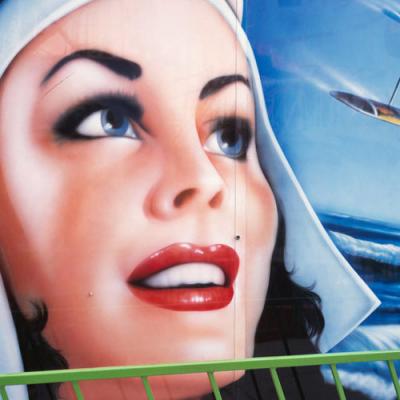 Oddments of the Gamble

Lush, atmospheric, and illustrative, Oddments of the Gamble proves itself as a standalone work. This instrumental record provides a flurry of tones, shaped by a German trio of Frederic Gmeiner, Sepp Singwald, and Nils Frahm. Frahm is enormously popular in the world of ambient electronic music. Earlier this year, the trio released the album The Gamble. As the title implies, this album consists of material not used in the previous record. As a whole, this record flows more gently than the last. It's easy to get lost in the undulating warbles of the keyboard layers. This recording was created by Frahm, Singwald, and Gmeiner improvising, though it sounds absolutely deliberate and purposeful. Slow, low-end rushes give way to languorously pulsating rhythms that build and slowly deconstruct themselves over and over again. The tempo remains relatively consistent, and one track bleeds into the next – an amorphous cloud, a scintillating, percussive experience. Close your eyes and feel the energy that the group imbues you with. Though it might be considered a sidebet, this gamble pays off. – Nick Warren