The Beer Mug plans to go out with a bang.

by Alex Bieler
View ProfileFacebookTwitterInstagramGoogle+RSS Feed
April 29, 2015 at 7:00 AM 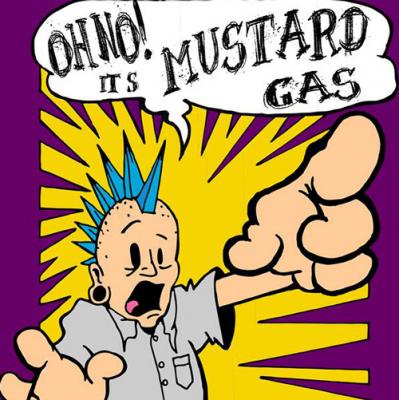 After more than 30 years of cold drinks and fiery shows, the Beer Mug is set to close May 16. But Gimp Guy Underground Promos' CEO and Founder Alex Harrilla still has one last massive lineup to celebrate the end of the Liberty Street establishment.

Oh No! It's Mustard Gas will headline a talented list of punk acts for the final GGU show at the Beer Mug Friday, May 8, along with a pair of Buffalo acts in the melodic On the Cinder and the hardcore Radical Operations. If three bands isn't enough, you'll be happy to hear that the night will also include all-female riot-punk crew Dysmorphia, the genre-crossing JC Nickles, Fredonia horror-punk outfit Crazies, the appropriately-named quartet Till the End,  Genetically Enhanced Super Humans, and rock-punk trio Out of It.

Yeah, you'll get your money's worth out of this show, especially when you consider that entry is a mere $3 to see the very last show at the Beer Mug. It's never easy to see a beloved music venue close, but at least you still have the chance to head to Liberty Street and celebrate the end of era, as Harrilla and a lengthy list of musicians will look to end the establishment's run on a good – and preferably loud – note. – Alex Bieler