Oh Solo Wainwright: An Evening with Rufus Comes to MIAC 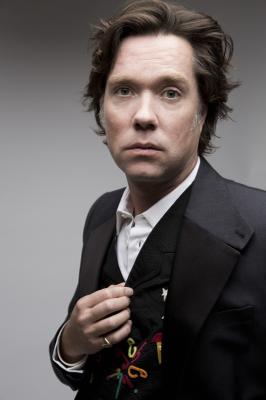 Next Saturday, indie pop music fans in Erie will receive a treat in the form of popular "baroque pop" songwriter Rufus Wainwright performing at Mercyhurst University. Brett Johnson, director of the Mercyhurst Institute of Arts and Culture, wastes no time praising the artist's authentic work.

"Rufus Wainwright is one of the greatest singer-songwriters of his generation," Johnson says. "Erie audiences are in for a treat when he takes the stage of the Mary D'Angelo Performing Arts Center on Nov. 2."

Wainwright, who has released seven studio albums, three DVDs, and three live albums, has been celebrated by the New York Times for his "genuine originality." He's sure to bring some of that along with him for his current stage show, "Oh Solo Wainwright: An Evening with Rufus."

During his live sets, Wainwright switches between piano and guitar, and this aptly named 22-date tour finds himself unaccompanied throughout the performance.

Wainwright's most recent album was 2016's Take All My Loves: 9 Shakespeare Sonnets. The collection featuring sonnets set to music stands as a unique tribute to Shakespeare, released a day before the 400th anniversary of his death. It showcases collaborations with the likes of Helena Bonham Carter, William Shatner, and the late Carrie Fischer, along with the BBC Symphony Orchestra and many others.

In addition to his more traditional recordings, Wainwright has also penned two full-length operas. His first, Prima Donna, premiered in July of 2009 at the Manchester International Festival, with production at London's Sadler's Wells Theatre mounting in April 2010 (and later productions in Toronto and Brooklyn). It was relaunched in 2015 with acclaimed photographer Cindy Sherman in the title role. His second opera Hadrian — about the Roman emperor's relationship with his young consort Antinous — premiered in Toronto with the Canadian Opera Company in 2018.

Show up to the Mary D'Angelo Performing Arts Center and witness one of pop's brightest collaborators at work. — Aaron Mook