Mirrors to the Bonfire presents a poetic soundscape. 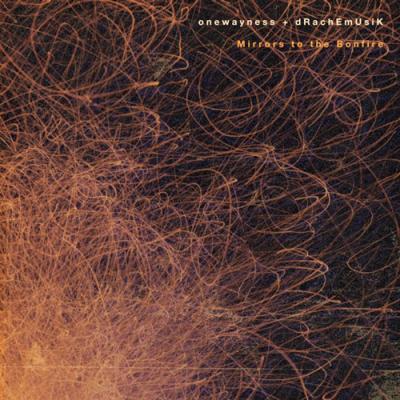 Mirrors to the Bonfire

Hypnotic and elegantly creepy, Mirrors to the Bonfire presents a poetic soundscape. Erie native Adam Holquist is the man behind onewayness, providing an array of instrumentation from synths and samples to guitar and electric upright bass. Charles Shriner is dRachEmUsiK, exploring electronic wind instruments and additional synthesizers. Though Shriner lives in Indianapolis, the two have collaborated many times, with Mirrors marking their sixth album together (including three live improvisation albums). The album is comprised of three tracks over the span of 64 minutes. Droning waves undulate under the listener, paired with sampled sounds both organic and synthetic. It's easy to lose yourself in the atmospheric swirlings of the recording, concentrating on a few notes at a time. The duo is darkly meditative, deconstructing the listening process. It's intelligent and sometimes arhythmic, giving way to a spoken word reading by Algy Pug from a Geneviève Behrend book, which provides the namesake to the initial track "Your Invisible Power." The titular tracks showcase Shriner's woodwind tones, paired with tremulous synth and floating space-age melodies, slowed down to create an epic two-part composition. – Nick Warren