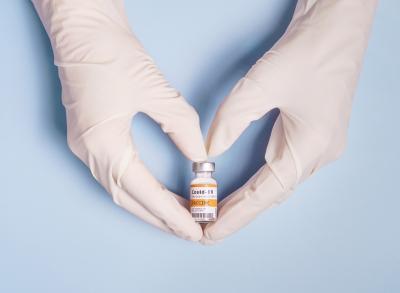 On December 23, the Meadville Tribune ran a full-page advertisement by the Meadville Medical Center. It contained only black sans-serif text over a white background along with a desperate plea: "We are tired. We are overwhelmed. We need help. You can help. You can get fully vaccinated. You will be 14 times more likely to survive COVID-19. Please help."

The message was simple and clear. A similar plea was shared to social media by the Cleveland Clinic a few days prior, who wrote that Ohio emergency rooms and ICUs are facing more COVID-19 patients than ever before, the "overwhelming majority" being unvaccinated.

"We're begging you," the post said. "This is preventable. … We need you to care as much as we do."

Here in Erie County, there have been over 660 confirmed COVID-19 related deaths since the pandemic began. Neighboring Crawford County, with around one-third of Erie County's population, has surpassed 260 deaths. This doesn't account for hospitalizations. Those who know healthcare workers likely know how this has affected them: the burnout, the frustration, and the demoralization.

"Some of you have no idea what's going on in our hospitals and it shows," a nurse friend of mine shared online recently.

In 2018, when I wrote about the influenza pandemic of 1918, I cited an interview with infectious disease expert Dr. Greg Poland where he said there was "absolutely no controversy that we will have another pandemic." The only uncertainty, he said, would be the severity. He explained vaccinations would be essential as those "who have received immunizations in the past do, on average, better than those who haven't" because vaccines provide "immunologic imprinting and memory that serves to help ensure they survive."

At the time it was published, Poland's comments weren't particularly controversial, even if there was already a growing anti-vaccination movement online. Perhaps the best-known face of the movement then was celebrity Jenny McCarthy, who spread consistently debunked theories and was criticized by both sides of the political spectrum.

When McCarthy was hired for her brief stint on The View in 2013, a Fox News story quoted a family physician warning of the dangers of McCarthy's influence and also included an executive of the right-leaning Media Research Center who stated that the left-leaning daytime talk show was reinforcing "its nuttiness" and that McCarthy's "vaccine views alone mean that people should turn off the show."

Washington Post columnist Alexandra Petri warned that "the mere existence of a movement of doubters large enough to justify the name anti-vaxxers — you don't name a movement that doesn't exist — bodes badly." Still, anti-vaccination sentiment remained relatively fringe. Between 2001 and 2019, when Gallup asked if vaccines were "more dangerous than the diseases they are designed to prevent," no political group polled over 15 percent. As late as 2015, Democrats, Republicans, and independents all polled under 10 percent when asked this. A 2015 Pew Research Center survey equally found that about 90 percent of self-described liberals and conservatives supported vaccines. Fast-forward to July 2021 and Gallup found that 46 percent of Republicans, 31 percent of independents, and 6 percent of Democrats stated they would not get the vaccine. So, what happened? Like masks, mandates, shutdowns, and seemingly everything else related to the pandemic, vaccines have clearly been politicized.

Even while writing this, I'm aware that some readers will be nodding along in agreement. Others will equally dismiss my words as merely opining to fit an agenda (if they bother to read it at all). This is fine. I am not an expert. I don't want or expect people to blindly take my advice and, in fact, encourage readers to question and fact-check this very article, if needed. I simply want people to listen to their doctors, of which over 96 percent were vaccinated as of this past summer, according to the American Medical Association (AMA).

"[O]ne of the most powerful anecdotes a physician can offer is that they themselves have been vaccinated," AMA President Susan R. Bailey said in a statement, saying that physicians were leading by example. "You can take it from your doctor: the COVID-19 vaccines are safe and effective.

It seems like conversations related to COVID-19 have increasingly become intertwined with our own political identities — and our political identities are more than ever intertwined with our personal identities, almost with a religious fervor. We live in a technological age where it is easier than ever to patch together our own preferred realities, to digitally surround ourselves with like-minded individuals and media talking heads. For those across the entire political spectrum, it is easier than ever to seek out information to confirm to ourselves what we already believe or want to believe.

In terms of the pandemic, in which saving lives and keeping people healthy should be prioritized over politics, it seems sometimes that no amount of data, no amount of reporting, nor the increasing pleas from the medical community will be enough to change the hearts and minds of those who are still dismissive. While much of this is due to an almost unbelievable amount of disinformation available, many also point to the ever-changing recommendations from experts as a root of their skepticism.

New data can lead to adjusted recommendations. Yet, instead of relying on these experts in the field, many skeptics claim to do their "own research," which has gradually become a euphemism for seeking out other people's opinions online and repeating them as one's own.

Recently, Pennsylvania State Senator Dan Laughlin (R-49) posted his own plea to social media, addressing that he lost another unvaccinated friend to COVID-19. I generally avoid comment sections out of principle, as I imagine daily exposure could take years off one's life, but in this case, I was curious. While some offered sincere condolences, there was also a significant amount of backlash (even after Laughlin stressed he was against vaccine mandates). He was accused of being a "fear pusher," condemned for pushing "an agenda," and told that he was RINO (a Republican in Name Only, despite clear evidence in his voting record that demonstrates otherwise). Another stated inaccurately that being vaccinated "probably" wouldn't have saved his friend's life while others claimed he died because hospitals weren't offering life-saving medicine. Sen. Laughlin defended his post, noting that he "talk[s] weekly with the head[s] of Hamot and St. Vincent" and "mostly, not 100 percent, it's the unvaccinated that are dying."

This statement is demonstrably true. According to data from the Erie County Health Department, 87.4 percent of local COVID-19 deaths have been unvaccinated individuals. You can still get sick enough to die if vaccinated, but your chances are significantly reduced. A recent study by The Commonwealth Fund further concludes that vaccines have prevented what would have been over 1 million additional COVID-19 related deaths (beyond the current 820,000) and over 10 million additional hospitalizations in the United States. Daily deaths, which peaked at around 4,000 per day, could have reached over 20,000 each day.

The good news is that we have safe and effective vaccines and they arrived much earlier than originally anticipated. This is saving lives. While more transmissible variants are currently spreading at alarming rates, our doctors and nurses also have more tools in their medical toolbox as the science has progressed. This is saving lives too.

As I reflect on these past two years, I often think back to a bit of dialogue from Fahrenheit 451, which I first read in high school. Author Ray Bradbury portrays a futuristic dystopian society where books are outlawed and society has been dumbed down by technology and mass media.

"[Y]ou can't make people listen," Bradybury wrote. "They have to come round in their own time, wondering what happened and why the world blew up around them."

Let's all try listening a little more — but listening, in particular, to those on the frontlines of this pandemic, not those who rely on outrage for advertising revenue, social media shares, or votes. As our local hospital asked: please help.

​​Jonathan Burdick runs the historical blog Rust & Dirt. He can be reached at jburdick@eriereader.com