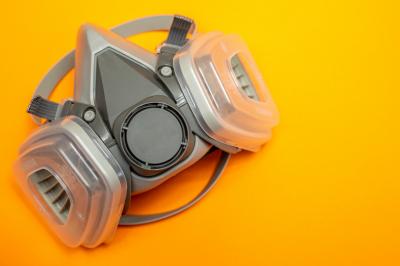 During this global pandemic, a mask is a terrible thing to waste. But thanks to a study conducted by Allegheny Health Network hospitals — including Erie's AHN Saint Vincent — it might be occurring less frequently in the future.

Previously, the P100 elastomeric respirator was a fixture in industry and construction — now, after a one-month trial period, it's proving a fixture in AHN's nine hospitals across Pennsylvania and Western N.Y.  Four factors have contributed to that popularity:

To combat PPE shortages earlier in the pandemic, AHN had implemented an N95 disinfection program using vaporized hydrogen peroxide to extend their lifespans. However, many caregivers felt the procedure compromised fit and, in turn, how safe they felt on the job. That was not a concern with the P100s — in fact, at the conclusion of the study in late April, not a single healthcare practitioner said they would go back to the N95.

Initially, only "super-users" wore the elastomeric respirators — high-exposure personnel including respiratory therapists, anesthetic providers, and emergency room and intensive care unit doctors and nurses. When the study began in late March, the respirators were sanitized between shifts and shared. Eventually, AHN employees were able to hold onto their own P100s and disinfect them individually.

Dr. Sricharan Chalikonda, AHN chief medical officer and study lead author, was pleased with the results. "Our clinicians were very comfortable with the fit, knowing it was an equivalent if not superior amount of protection, and that these masks were intended to be reused." The caregivers also reported that patients responded positively to the elastomeric respirator.

Chalikonda called the findings, which were published in the Journal of the American College of Surgeons, "game-changing" as the indeterminate fight against COVID-19 rages on.

Although he loves the idea of an elastomeric respirator, Matt Swanseger (mswanseger@eriereader.com) fears that the P100 filter cartridge would be just another thing he'd accidentally leave in his pants and put through the laundry.