PACA presents 'Death and the Maiden'

The Laurence Olivier Award-winning play by Ariel Dorfman kicks off for a two-weekend run.

by Alex Bieler
View ProfileFacebookTwitterInstagramGoogle+RSS Feed
October 15, 2014 at 6:10 AM 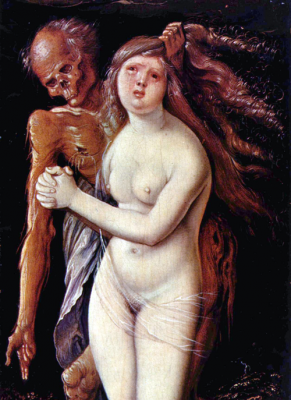 Painful experiences can lead to drastic measures. For Paulina Salas, the lead character in Death and the Maiden, that means taking a charming man hostage and forcing him to admit to a crime he may or may not have committed.

The Ariel Dorfman-penned play will begin a two-weekend run at PACA Oct. 16 and tell the tale of Salas, a former political prisoner in an unnamed South American country who was raped and tortured by a fascist regime. Years after the end of the oppressive administration, she has a chance encounter with the man she believes to be behind her imprisonment, and she demands a confession from the powers that hurt her.

"It's hard to be up against an all-powerful structure that doesn't care about the damage it does to you," Death and the Maiden Director and PACA Artistic Director Mark Tanenbaum says of the central theme of the play. "We've all been damaged like that, but ultimately we need to work through it. It's about taking that step forward and beyond what has happened regardless of the fact that you never get justice."

The show is a minimal production, with just a three member cast of Karen Schelinski as Salas, Scott Frisina as her husband Gerardo Escobar, and Christopher Spare as Dr. Roberto Miranda. And the play's straightforward presentation and powerful messages suit Tanenbaum just fine.

"One of the things we've always been striving for here at PACA is power through simplicity," he says. "We're not going to put on Oklahoma! We're not going to have that kind of pageantry; we're going to try and tell a story that matters."

For now, that means presenting Dorfman's Laurence Olivier Award-winning play at PACA during its six-show run, where audiences will see how powerful words can be just as bombastic as any special effects can be.