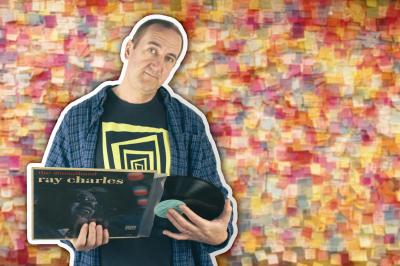 Debuting in 2013 at the Ludlow Fringe Festival in the United Kingdom, Every Brilliant Thing caught on with audiences immediately. In 2016, HBO released a special filmed version starring comedian Johnny Donahue, who originated the role. Written by Duncan Macmillan (with a credit to Donahue as well), Every Brilliant Thing is a unique play, with truly admirable intentions.

"The storyline starts out with a young man who's back in hindsight as a little boy, the first time he is called to the hospital for his mother's attempted suicide," explained co-director (and PACA artistic director) Mark Tanenbaum. "And he's nine years old. He decides to make a list to write down every wonderful thing, every brilliant thing worth living for, and he shares it with his mother, in the hopes, of course, that his mother sees that life is worth living." Tanenbaum noted that "it is actually a true story."

"Ultimately, the list benefits him more than it benefits his mother," Tanenbaum concluded.

The show is traditionally interactive with audience members, and while special attention is being paid due to COVID-19 precautions, this show will be no exception. It's certainly a different kind of play, one that Tanenbaum likened to a TED Talk, featuring Rob Carney as the show's main character.

With a special new backlit screen (think a projector on steroids) and a minimal set, Every Brilliant Thing sounds like a production worth catching in person.

"You're not alone, you're not weird, you will get through it, and you've just got to hold on," Macmillan told The Guardian, who called the play "the funniest play you'll see about depression."

With a sincere message that everyone needs to hear, it brings a positive, life-affirming note to one of humanity's darkest subjects.