Panic! At the Disco Sells Out Behrend's Junker Center

Pop rock band Panic! At the Disco are headed to Erie. 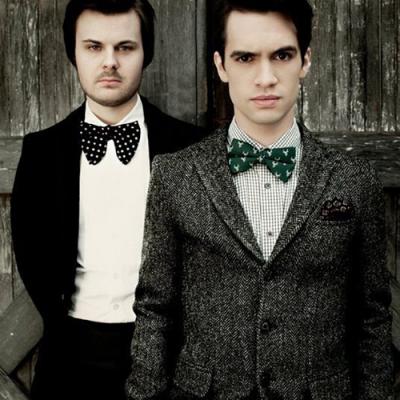 Panic! arrived during the boom of mainstream emo and pop punk bands, quickly catching the attention of Fall Out Boy. For an entire generation of fans, they provided an unforgettable soundtrack to their early years.

Pop rock band Panic! At the Disco are headed to Erie. But if you don't already have your tickets, you might just be out of luck. Panic! is led by singer Brendon Urie, who formed the band in Las Vegas in 2004. Their first album, A Fever You Can't Sweat Out, fetched them widespread success, becoming certified double platinum. They arrived during the boom of mainstream emo and pop punk bands, quickly catching the attention of Fall Out Boy. They became the first band to sign to Pete Wentz' Decaydance Record label (now known as DCD2). For an entire generation of fans, Panic! provided an unforgettable soundtrack to their early years. Their second album Pretty. Odd. found the group in a different tonal direction. The band embraced the 1960s instrumentation of the Beatles and the Beach Boys. They even dropped the exclamation point from their name for a year! The album further polarized fans and critics alike, but remains well-loved to this day. 2009 saw the departure of guitarist Ryan Ross and Bassist Jon Walker from the band. Ross, being the band's primary songwriter, left a space that Urie stepped up to fill. In 2011, they released Vices & Virtues, a sonic synthesis of their prior two albums. Too Weird to Live, Too Rare to Die! followed, returning to a more techno-influenced sound. In January, Death of a Bachelor was released, debuting at number one on the Billboard charts.

The enunciated delivery of Urie's tenor vibrato, combined with angular, rhythmic syncopation, build a unique formula that has tied the band together since the beginning. So, strike up the band as they head over to Penn State Behrend. The conductor is beckoning. If you don't already have tickets, you'll have to just sit back, just sit back, just sit back and relax. – Nick Warren