Paul Simon is one of our greatest living songwriters, and you can rest easy knowing that he's not done putting out good material.

by Nick Warren
View ProfileTwitterInstagramRSS Feed
June 22, 2016 at 10:30 AM 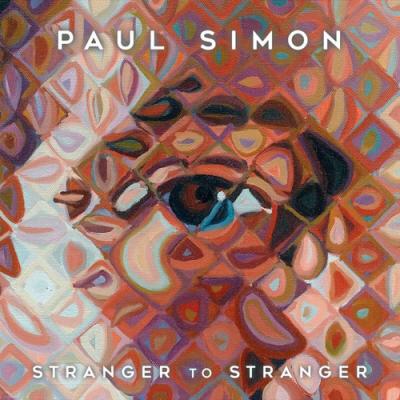 Paul Simon is one of our greatest living songwriters, and you can rest easy knowing that he's not done putting out good material. An undisputed lyrical master, Simon's understated, intelligent style has been an integral chapter of the American songbook for more than half a century. Peering past Chuck Close's painting on the cover we find another great entry. The album starts off with a "boing." In case you were feeling unfamiliar, Simon almost immediately evokes "50 Ways to Leave Your Lover's" loveable name-checking. Graceland-era polyrhythms are in full effect during groovy shuffles like "Wristband." One of the more indelible earworms comes in the similarly toned "In a Parade." Meditative, sweeping landscapes are traversed in prayer-like "Proof of Love." Gooey slapback guitar tones introduce you to "The Riverbank," as its bell chimes march in lockstep. Almost a decade ago, Vampire Weekend stole the sound that Simon had forged (or arguably, also stole) from South African music and other diverse genres. If 2011's So Beautiful Or So What didn't finish the job, then Stranger to Stranger has successfully brought it back. – Nick Warren