Pittsburgh's The Commonheart Comes to Erie

The Commonheart to bring some soul to the King's Rook.

by Alex Bieler
View ProfileFacebookTwitterInstagramGoogle+RSS Feed
March 4, 2015 at 5:00 AM 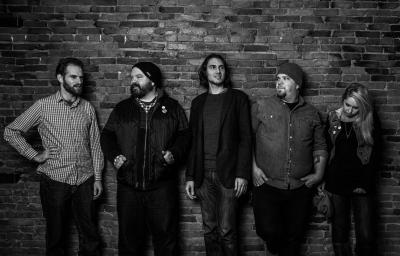 You wouldn't guess it by the way he sings now, but Clinton Clegg was once swept up in the nu-metal scene. The frontman for The Commonheart may have spent his younger years listening to Limp Bizkit, but the veteran member of the Pittsburgh music scene experienced a shift in style following a sonic discovery.

"I was into the heavier stuff as a punk, teenaged kid, but once I started finding blues and soul music, I just took a huge turn," Clegg says over the phone.

Clegg and the rest of The Commonheart will be in Erie to show off the band's energized sound during a March 13 show at the King's Rook Club. The group is still pretty new, having formed just six months ago following a move to create music that would suit Clegg's powerful vocals.

The change certainly gives songs like "Cannonball" and "Can't Forget You" extra grit, as The Commonheart deals out old-fashioned songs in a new-age world. Just to add to the experience, the band will perform with a trio of backup singers, a tiny choir to create a more spiritual feel for a night of soul. – Alex Bieler