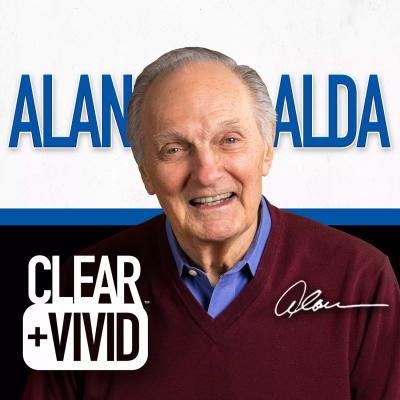 Effective communication involves sequencing numerous skills — among them, the ability to speak, to listen, to observe, and to empathize. In our increasingly connected world, it can sometimes appear that these skills (besides speaking) are lacking and that seemingly irreparable communication breakdowns are our divided society's norm, especially when it comes to science.

Communication and science have long been passions of the legendary Alda. After all, Stony Brook University in New York is home to the Alan Alda Center of Communicating Science, which is dedicated to the literal science of communication. Alda has a deep and genuine curiosity about nearly everything though as his podcast, launched as Clear + Vivid in 2018, makes pretty, well… clear.

As a lifelong fan of Alan Alda, going back to my days as a kid watching reruns of M*A*S*H with my old man, there's something particularly comforting in taking a long walk while listening to Alda lead educational, funny, empathetic, and often profound conversations.

The Trailblazing Practice of Dr. Adella B. Woods